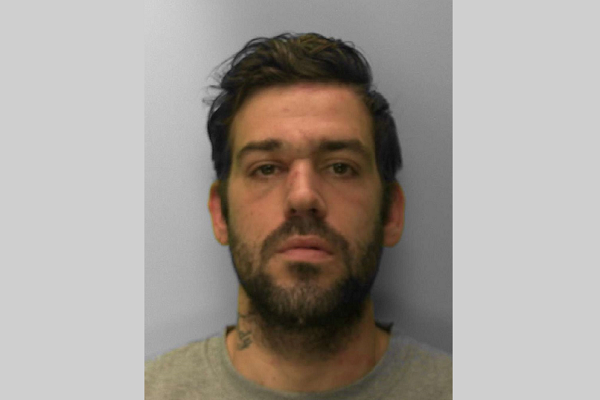 Sussex Police confirm a Bognor Regis man who used a bottle in an 'unprovoked assault' will spend a year and a half behind bars.

Sammy Stockford, 34, a labourer, of Canada Grove, Bognor Regis, denied wounding/inflicting grievous bodily harm without intent but was found guilty after a trial in May.

On Wednesday (August 25), he was sentenced to 18 months' imprisonment for the unprovoked assault.

Stockford had been visiting a friend in Hastings on September 28, 2020 when the pair decided to go out drinking in the town centre.

The victim was also in town with a woman who knew Stockford's friend, and the group ended up talking with each other.

Later in the evening, the victim overheard a conversation involving Stockford and challenged him as he found the content offensive.

After a brief verbal altercation, the victim left the bar and headed down Middle Street. However, Stockford followed him and without warning, hit him in the face with a bottle. The victim suffered a deep cut above his eyebrow, requiring hospital treatment.

Police were called and arrested Stockford after he was identified by the victim's friend. He was found with blood on his t-shirt, which he had turned inside out in a suspected attempt to hide the stains.

Officers attended Middle Street and recovered a broken glass bottle, which matched the brand of alcohol Stockford had been drinking that evening.

In interview, Stockford said he had punched the victim in self-defence and denied a bottle had been used.