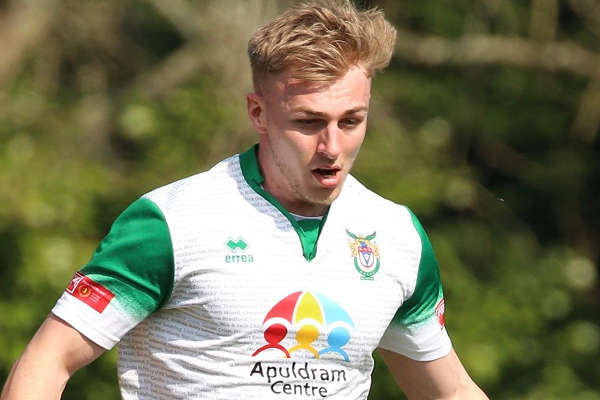 Joe Cook has today (17th June) made the switch from Bognor Regis Town to National League Chesterfield -- and he has done so with a ringing endorsement from Rocks gaffer Robbie Blake.

Central defender Cook, 22, has joined the Spireites after impressing manager Paul Cook with his displays over the course of last season in the Isthmian premier division.

Cook, once of Winchester City, had two spells with the Nyewood Lane outfit on loan from Havant and Waterlooville before joining on a permanent basis in 2020.

Blake said while losing the services of the impressive rear-guard operative was a blow, he was delighted that Cook now has the chance to play at a higher level. He said: "It was only a matter of time before Joe stepped up a level with the quality he has. He had a slow start to our season but then just got better and better.

"Paul has seen what a good player he is and he will suit the way Chesterfield want to play because he is a ball-playing defender and Paul encourages his players in that regard. He is tailor-made for them.

"We wish him all the best and we should say that both parties are extremely happy with the deal that has been made."

Blake is busy putting the final touches to several deals to bring in new talent and expects to be able to announce signings soon. And he believes Cook’s departure to Chesterfield will help him lure good players to the club.

He added: “We want to keep our best players, of course, but when me and Jamie are talking to players we are bringing them a realisation that playing at Bognor, in the style we want to play and the way we coach, is a great way for them to get better.”

Rocks general manager Simon Cook echoed Blake's good wishes and confirmed Chesterfield had paid a fee for Cook, adding: "A mutually beneficial fee has been agreed with an excellent sell-on fee in place too."