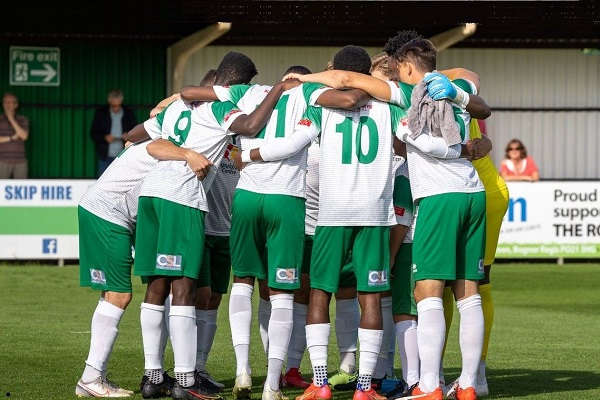 Robbie Blake says focusing on the dominant display from the first half against Kingstonian is the key to getting a result at Truro City in the FA trophy first round clash on Sunday.

But, at the same time, the Nye Camp coach, along with manager Jack Pearce, insist there are lessons to be learned from the second-half in Saturday's Isthmian premier division encounter in which the visitors came back strongly and forced a 1-1 draw.

Bognor face a nine-hour round-trip to the home of Plymouth Parkway -- where the Southern League Premier South City play their home games -- on Sunday and Blake says analysing the good and the bad from the game against the Ks will be on the agenda at tonight's training session at the Robins Row Training Centre.

He said: "The term 'a game of two halves' has become a bit of a football cliché over the years but if ever there was a time for it to be used then the game on Saturday was it. We were very good in the first half and the frustration was that we didn't take full advantage of our dominance.

"And in fairness to Kingstonian they rallied after the break and we had some hesitancy about our play. But we are a work in progress and if we can take the positives and accentuate them and at the same time, analyse any deficiencies, then we will get to where we want to be.

"Truro is a game we believe we can win but we know it's going to be a test. The challenge is to rise to the occasion and stick to our principles, play our football and see if we can maintain our focus to get the win."