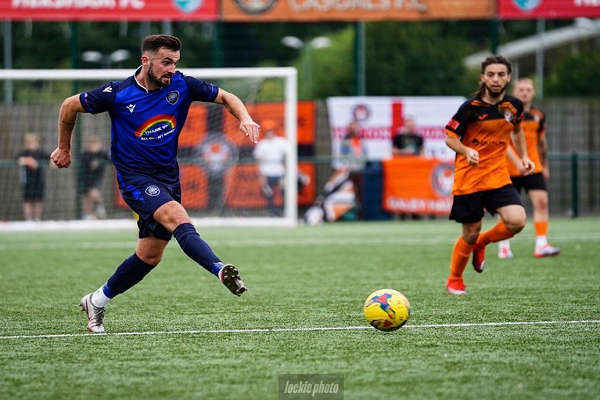 Rocks boss Robbie Blake is poised to complete deals for a clutch of players ahead of the new Isthmian premier division campaign.

Blake, alongside No.2 Jamie Howell, expects to run the rule over the incoming talent over the next few weeks, with a chance to see them in match action when Bognor go to Littlehampton Town for the first summer outing on Monday, July 11, 7.45pm.

Blake said: "We welcome the lads who are potentially joining us and very hopeful this can be the case. Pre-season training gives us a chance to get over what we want from them this season and how they can adapt to our style of play.

"Sam will fit in well with us and has a lot of quality, and Tom is an exciting young player with lots of potential. Taylor is another player who has already attracted a move to Crawley in his short career so we know he, too, has quality. The plan with Joe is for him to come in for a season-long loan. He has moved to Dorking from Aldershot and we want to thank Wanderers manager Marc White for his help.

"We will also be taking a look at a few trialists and we remain confident that our squad will shape up nicely. Yes, we have missed out on one or two players who we thought we could attract but that's football and we must now work even harder behind the scenes. We haven't stopped working since the end of last season and that ethic will continue – we still have six weeks before the new season kicks off."

Seymour and De St Croix both featured in the 7-7 draw at Horsham on Saturday for the Gary Charman Testimonial -- but former Premier League hotshot Blake had to withdraw from appearing due to a bad back.

He explained: "My back was playing up and I did consider it but it wasn't to be, sadly. It was a great day, lots of fun, plenty of goals and a great turnout for Gary. We were honoured to provide the opposition."

Meanwhile, tickets now available on line via this link for the Portsmouth and Worthing friendly matches. Reduced prices: Adults £10, Under 18s, £5.