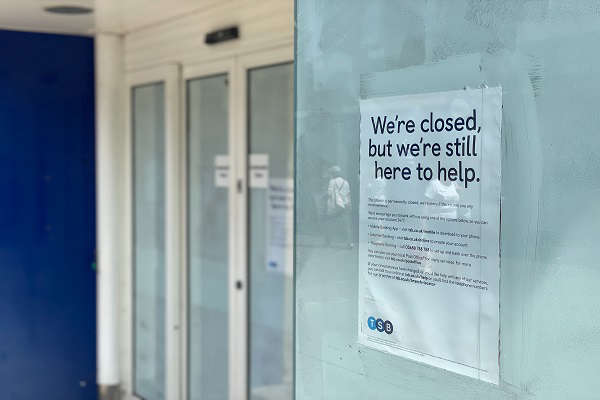 Horsham District Council has been asked to explore possible replacements for traditional banking services as more and more branches close.

During a meeting of the full council, Clive Trott (Lib Dem, Denne) tabled a notice of motion detailing the loss of banks and cash machines across the district.

He told the meeting that Horsham alone had lost six banks since 2018, with TSB being the latest.

He added: “[While] most residents are able to bank online, a significant number of vulnerable or older residents continue to rely on banking in person and access to free cash-dispensing and deposit facilities.

“Furthermore, for local businesses, it’s often not practical to hold large amounts of cash on the premises.

“Although these closures are a commercial decision for the banks, they have social consequences for Horsham District.”

Alternatives being used elsewhere in the country include bank hubs – a counter service set in a post office – and allowing mobile banks to set up shop in car parks.

There was cross-party support for the motion.

Peter Burgess (Con, Holbrook West) told the meeting that someone needed to ‘bring the banks to heel and tell them to sort things out’. Mr Burgess said he found it ‘quite incredible’ that so many banks were closing, even in large areas such as Horsham.

Using Rustington, on the Littlehampton coast, as an example, he wondered why some areas were not facing the same problem.

He added: “There’s something not happening here – the banks are working to an agenda that they possibly shouldn’t be. “In any town of the size of Henfield, Billingshurst or all of those, there should be at least one major bank doing all these things.”

Both the Conservatives and the Liberal Democrats were keen to stamp their claim on who came up with the idea of banking alternatives first.
The notice of motion was one of the last items on the agenda.

But at the start of the meeting, James Wright, cabinet member for environment & rural affairs, announced that he had asked five major banks for meetings to discuss how they could keep branches open or, failing that, how they could assure people would have access to cash.

But, to laughter from other councillors, he added: “If you’d like any other ideas of things you would like to make announcements of, I’ll do my best to assist with that.”

Mr Wright said he would share the results of his discussions with the banks at the next Policy Development Advisory Group (PDAG).