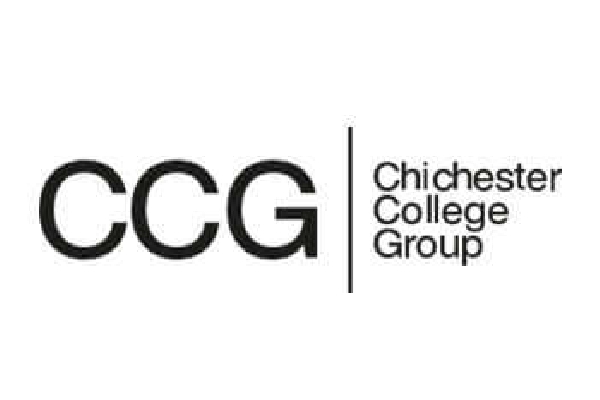 Chichester College Group has today (25 November 2021) been awarded with a Queen’s Anniversary Prize for education.

The Queen’s Anniversary Prizes recognise outstanding work by UK colleges and universities that shows quality and innovation, delivering real benefits to the wider world through education training. The Prizes are the highest national honour awarded in UK further and higher education, granted by The Queen every two years.

Working with businesses, trade bodies and other training providers, the group plays a central role in supporting innovation and growth, investing in skills and progression pathways which directly nurtures and develops talent.

In the last 15 years, the group has seen a 500% growth in student numbers for this sector, achieving success rates consistently above the national average and achieved world class success with its students winning national and international skills competitions.

More than 90% of furniture and upholstery students at Chichester College Group secure employment by the end of their final year, and many go on to start their own successful businesses with the group supporting almost 100 start-up companies.

This is the second Queen’s Anniversary Prize for the group, which – as Chichester College – was recognised for its international provision in 2005.

Andrew Green, Chief Executive Officer at Chichester College Group, said: “This is an incredible honour and one that we are exceptionally proud to have achieved.

“Our furniture provision across the group is, we believe, among the best in the world. We are a WorldSkills Centre of Excellence and we are the only college in the world with two WorldSkills International Chief Experts (for furniture making and joinery).

“This award is a mark of the progress that the group has made over the years, reflecting our commitment to skills development in this industry and recognises the work of our students, who contribute so positively to the regional and national economy though their work.”

The south-east is home to more than 1,000 furniture and upholstery businesses, with the UK leading the way internationally for the sector which has a £12.2billion turnover (in 2018) – and Chichester College Group is the largest further education provider for this booming industry, supporting more than 300 students each year.

The prize is awarded on behalf of the Her Majesty The Queen by the Royal Anniversary Trust.

This year, 114 entries were received and Chichester College Group was selected as one of only 21 winners. There have only been 54 college recipients of the 296 prizes awarded since the inception of the programme in 1994.

Recipients of the fourteenth round of prize winners were announced at St James’s Palace this evening and they will receive their Prize Medal and Certificate from a senior member of the Royal Family at a presentation ceremony held in the new year.

Julie Kapsalis, Deputy Chief Executive Officer at Chichester College Group, attended the ceremony and said: “This award is the pinnacle in recognising excellence by UK colleges and universities – demonstrating quality and innovation that deliver benefit to the wider world and public through education and training.

“The prize is the highest national honour and it is wonderful recognition for our world class work in furniture and upholstery.”

Christian Notley MBE, Deputy Head of Learning at Chichester College, is the WorldSkills UK Training Manager for Cabinet Making and the Chief Expert at WorldSkills. He added: “I am overwhelmed with the award of this honour from the Queen and it’s a fantastic achievement and recognition for the whole who put their heart and soul into the work of the department.

“It’s still sinking in but I know this this honour will only drive the team forwards and encourage then to continue to provide the best training possible for our students and employers in the furniture industry.”