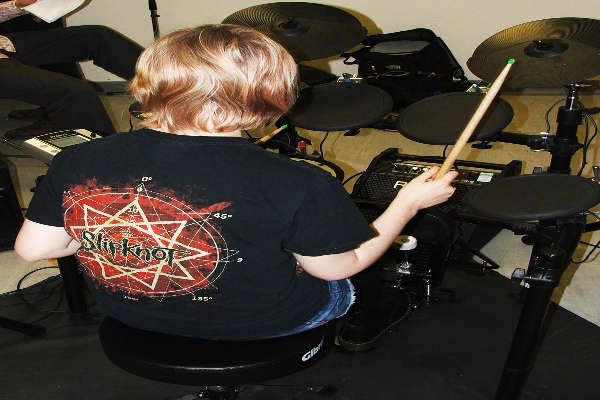 A new study from the University of Chichester claims drumming for just 90 minutes each week can improve the life quality of young people diagnosed with autism.

Scientists found that learning to play the instrument tuned brain networks in autistic adolescents in as little as eight weeks.

Results showed that participants who improved their drumming skills showed fewer signs of hyperactivity, inattention and demonstrated better control of their emotions.

MRI scans also revealed changes to their brain function which, according to the study, were linked to overall behaviour.

Co-author Marcus Smith, a Professor of Applied Sport and Exercise Science, said: “These findings provide direct evidence that learning to drum leads to positive changes in brain function and behaviour among autistic adolescents.

“We are now sharing our results with education providers in special and mainstream UK schools who are responsible for the physical and mental development of vulnerable people.

As part of the study, a group of participants with no drumming experience were given two 45-minute lessons each week across a two-month period.

Each volunteer, aged between 16 and 20 years old, undertook a drumming assessment and MRI scan before and after the sessions, while their guardians were asked by the researchers about recent behavioural difficulties.

The project was a collaboration between Chichester and the universities of King’s College London, Hartpury, and Essex working under their collective group the Clem Burke Drumming Project, named after its co-founding member and famed Blondie musician.

Scientists from the group will be speaking about the study at a conference on Wednesday 13 July at the University of Chichester.