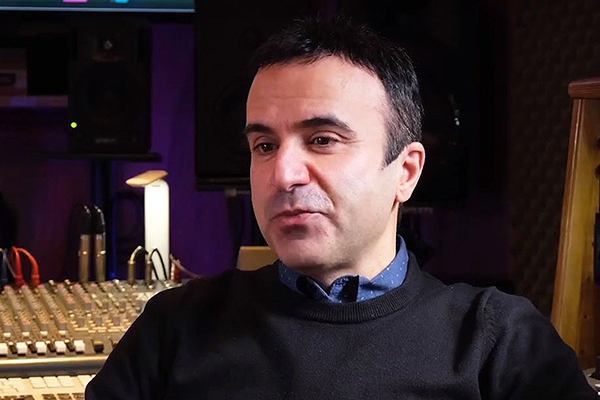 A student from the University of Chichester has recreated some of football’s most iconic chants – using only car horns.

Composer Hussein Ramadan remixed several anthems– once heard on the terraces of England’s biggest stadia – using sounds from more than 60 different vehicles. The auto tunes include fan hits from Chelsea and Manchester City, who face each other in the Champions League final this week.

Student Hussein, soon to complete ThinkSpace’s MA in Orchestration for Film, Games, and Television, a partnership with the University, is himself a highly-regarded composer having previously worked on hit West End musical Elf.

He said: “It was a difficult challenge as most car horns are one tone, usually B3, but some even play two notes together, and then I had to strip away traffic and engine noises. I used a digital recorder to take a long and short beep for each – I became so tuned in that I could tell what vehicle was driving down the street and blasting its horn.”

It took Hussein just a month to record the car horns – taken from black cabs through to top-end Jags and every variety of vehicle in between – and compose the songs. Among his remixed chants are the Stamford Bridge classic Keep the Blue flag flying high together with We love you City, regularly heard around the Etihad.

He added: “The situation over the last year has hit the entertainment industry hard, and the challenge for all musicians has been to find any way we can to use our talent to create and earn a living. I hope that my unique take on these chants will lift supporters’ spirits.”

Hussein, who is of Turkish Cypriot origin, has previously written for ITV chat shows and documentaries, and most recently supervised the orchestral recordings and musically directed the UK tour of Elf the musical.

With aspirations to get a song into a blockbuster film, he enrolled onto the two-year MA in Orchestration for Film, Games, and Television, taught by online education specialists ThinkSpace and overseen with the University of Chichester.

“I’ve always made music but never had an idea how to write for an orchestra,” Hussein added. “It was working on Elf that convinced me to take a risk, leave my job in IT, and take music seriously. I’ve used what I’ve learnt on the ThinkSpace degree in everything I’ve done recently – from Elf to the football chants. It’s changed my life and I now have no fear.”

Watch Hussein work on the remixed football anthems in his studio at www.heycar.co.uk/fa-cup-beep-chants.