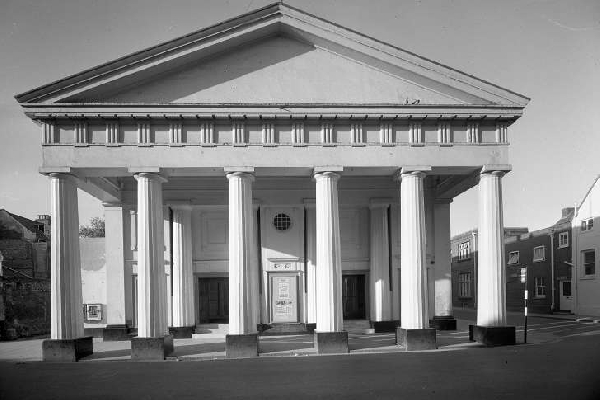 It’s time to get your popcorn - West Sussex Record Office and Screen Archive South East are back with another fantastic live episode of West Sussex Unwrapped.

Showing on a screen near you at 7pm on Tuesday 14 September, this free event tells the fascinating story of West Sussex cinemas.

From the arrival of the travelling showmen in the late 1890s to the opening of the first dedicated cinemas in the 1910s, this new technology and entertainment changed every high street in the county.

Duncan Crow, West Sussex County Council Cabinet Member for Community Support, Fire and Rescue, said: “The topics that have been focused on in series two of West Sussex Unwrapped have been incredibly interesting. Many West Sussex residents will remember the days of heading to their local cinema and watching newsreels and films. This live event will bring those memories back to life, while giving viewers a ‘behind the curtains’ look at the rich and vibrant history of the county.

“By introducing these live events which people can watch from the comfort of their own home, we are bringing the archives of West Sussex Record Office and Screen Archive South East to members of the public who wouldn’t necessarily be able to come over to Chichester and visit in person.”

The evening will be introduced by Wendy Walker, West Sussex County Archivist, and there will be an opportunity to ask questions via the chat box after the talk.

Dr Frank Gray, Director of Screen Archive South East and the host of the live event, said: “We often think that cinema history is only about the films – what’s on screen – but it is also about the cinemas themselves and their social and commercial histories. I’m looking forward to introducing the history of West Sussex cinemas at this special live event.”

The event will last around one hour and will be held via Zoom. Bookings can be made through www.eventbrite.co.uk by searching for ‘West Sussex Unwrapped Live: Cinema in West Sussex’.