Beacons lit in Selsey to celebrate the Queen's Platinum Jubilee 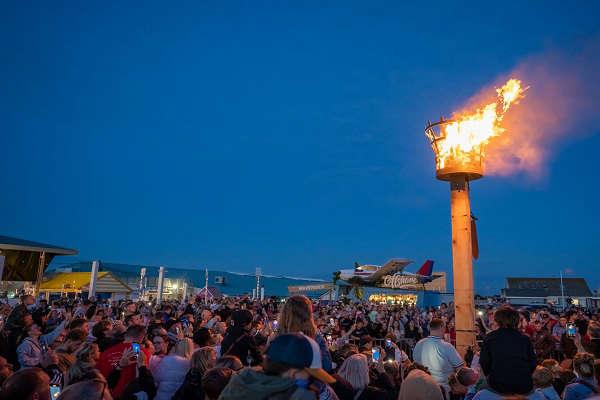 The Cove UK resorts, based in Selsey, are celebrating Her Majesty’s 70 years as monarch with a series of events

Seal Bay Resort and Medmerry Park have marked The Queen’s Platinum Jubilee by participating in the national beacon lighting event.

The Cove UK resorts, based in Selsey, are celebrating Her Majesty’s 70 years as monarch with a series of events planned across the four-day weekend.

On Thursday, guests, local residents and team members watched at Platinum Beacons were lit at the parks simultaneously with thousands of other beacons across the UK and Commonwealth.

Other events taking place across the weekend include Seal Bay’s Best Dressed Jubilee Celebration Tables, a fantastic fireworks display to commemorate the occasion and loads of entertainment including tributes to “hits from the Blitz”; the D-Day Darlings performing along with the very best of traditional Great British entertainment.

“Her Majesty’s exceptional service to this country is unequalled and the guests and team members at our resorts wanted to mark this wonderful occasion.

“The lighting of the Platinum Beacons was a fantastic moment, particularly when those present knew it was a moment of celebration being shared with others across the UK and Commonwealth.

“The events have been really enjoyable with a carnival atmosphere as the young - and the young-at-heart – joined together for the festivities.

“In operating our parks, we really try to capture the essence of what is brilliant about Great Britain – its people, its heritage, and its landscape. Recognising The Queen’s service to the country was a special event for us all to be involved in.”