Decision due on 1,500 homes at Ford Airfield 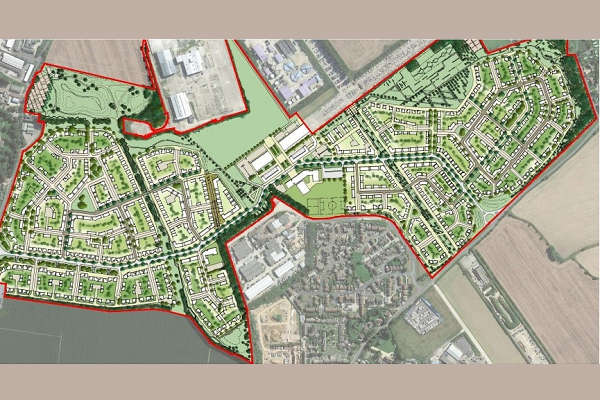 Councillors will decide whether to give initial approval for 1,500 homes at Ford Airfield on Wednesday (April 27).

The outline planning application was submitted more than two years ago by Redrow Homes Southern Counties and Wates Developments Ltd and also includes:  a 60-bed care home, employment and retail floorspace, land for a school, and public space at the site.

Arun District Council’s planning committee deferred a decision on the homes in November so that further details on a proposed school and odours from a nearby waste treatment plant could be addressed.

The committee has now been asked to delegate authority to the council’s head of planning to approve the application – with conditions.
Financial contributions proposed for new school facilities.

If the plans are approved, the developer will make financial contributions towards new school facilities. A need for new school places was identified by West Sussex County Council which concluded that an expansion to the existing secondary school would not be possible, and that other schools ‘do not have spare capacity’.

WSCC objected to the plans as a site for new school facilities has not yet been agreed.

However, planning officers at ADC said developers ‘should not be penalised’ because a site hasn’t been secured.
300 metre cordon to address odours.  The site is close to the Ford waste water treatment works and a waste management facility operated by Grundon. Odour assessments found ‘earthy’ smells coming from the treatment works but concluded that they would ‘not significantly impact’ on new homes.

Some concerns were expressed by Phlorum- which was commissioned by the council to assess the odour report – about the methods used. This included ‘no sniff tests’ being done in areas closest to the treatment plant.

“The absence of observational data at the most at risk part of the proposed development is concerning and does not provide a weight of evidence in support of the conclusions drawn,” according to Phlorum.

The consultants concluded that ‘unacceptable odours’ could affect proposed homes within 300 metres of the aerated sludge plant.

But Hoare Lee, the developers’ consultants, said it had met requirements when undertaking odour tests and Arun District Council is set to impose restrictions which mean homes cannot be built within 300 metres of the plant.

According to Hoare Lee: “The amount of time in which there is potential for unacceptable odour to occur at this location is minimal, and odour complaints are unlikely. “Furthermore, as noted above, odours at a distance of 300 metres were chlorine.”

Plans for the 1,500 homes have been subject to 70 objections, including from Felpham, Middleton-on-Sea, and Clymping Parish Councils.
There were also two statements which supported the plans.

Yapton Parish Council has supported the application ‘with reservations’ based on potential impacts on the rural area and congestion.
Southern Water and Natural England have also objected to the plans.