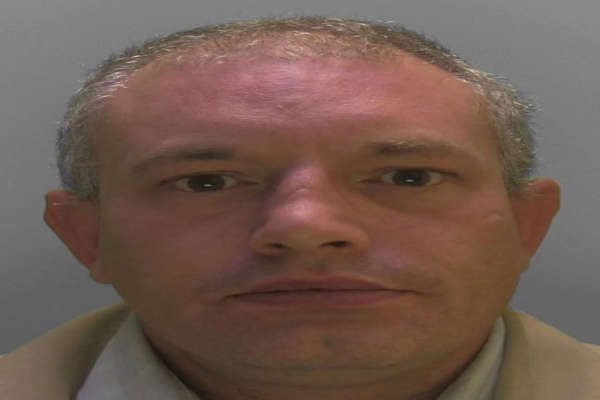 A drink-driver from Worthing who deliberately hit a pedestrian following an altercation at a pub has been jailed for more than 10 years.

Philip Forrest was drinking in The Three Fishes in Chapel Road, Worthing, on the evening of Saturday 10 October, 2020, before the incident occurred.

He had to be reminded on multiple occasions by staff to comply with coronavirus regulations. This included not wearing a mask and getting too close to other patrons.

During the evening, he had an altercation with another man in the pub, which continued outside on the street.

The 42-year-old punched the 55-year-old victim in the face and then made off from the scene on foot.

Shortly afterwards, the victim was walking on the opposite side of the road, close to the junction with Liverpool Gardens, when a white Vauxhall Combo van came around the corner, mounted the kerb and struck him.

This caused him to fall to the floor, causing serious injuries including a broken arm.

The van failed to stop, however witnesses described the suspect from the earlier assault having mentioned he intended to go to the Golden Lion pub in The Strand, Durrington.

This is where the same vehicle was found by police, and Forrest was found drinking at the bar.

He was subsequently arrested on suspicion of driving with 69mcg of alcohol per 100ml of breath in his system (the legal limit being 35mcg), dangerous driving and committing grievous bodily harm.

He pleaded guilty to all three offences and was sentenced to 10 years and nine months’ imprisonment at Lewes Crown Court on 6 May. He must serve at least two-thirds of his sentence.

He was also disqualified from driving for 10 years and seven months.

Investigating officer Lucy Hailes said: “The victim in this case had stuck up for another group who took offence to Forrest’s lack of respect for social distancing restrictions in the pub. Shortly afterwards, he was assaulted outside the pub and then deliberately run over by him, causing serious injuries.

“These were the actions of a mindless and dangerous criminal who also consciously got behind the wheel of his vehicle knowing he was well over the legal drink-drive limit.

“In police interview, Forrest claimed he punched the victim in self-defence and suggested the man stepped out in front of his vehicle, causing the collision. His account was not supported by either of the witnesses or CCTV footage. He also stated he had consumed several drinks at the Golden Lion before his arrest, suggesting he had not driven while over the limit. But again, his account was not supported by staff who served him.

“Forrest took no responsibility for his actions and has expressed no remorse throughout. He was even dismissive of the risks of drink-driving, claiming that blowing 69mcg was ‘no big deal’ and adding that he had blown 140mcg on a previous occasion.”