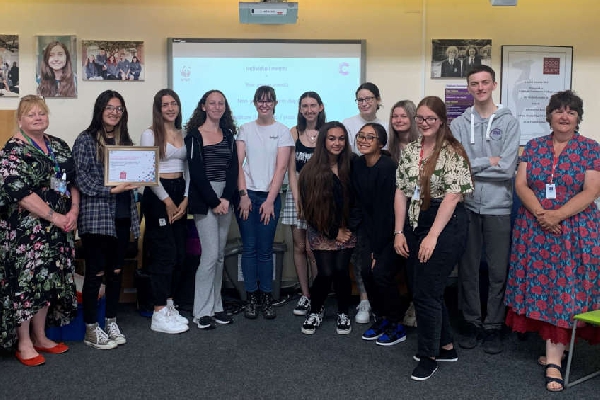 Youth Action Week was held at the end of May and it was a fun filled week for students across year groups. All students had the opportunity to attend events, and raise money for charity at the same time.

The charities chosen by the students were Cancer Research UK, My Sister's House and the World Wide Fund for Nature.

In total, £3600 was raised for the three charities, split between them.

The cheque presentation ceremony was attended by students who had put in particular efforts with the charity week by raising money using their own initiative and organising their own activities, for example bake sales and football tournaments.

These were held in conjunction with year group events such as a year 7 mini Olympics and a year 8 summer fayre. Students who attended the ceremony received a certificate for being a Charity Ambassador and were able to hear from the charities what the money raised will go towards.

Ms Kelly, Deputy Headteacher, said: "It was a great week of activities and was so nice to see the students enjoying themselves now COVID restrictions are easing."

"Well done to all our students who took part and a big thank you to parents/carers and staff for supporting the events."