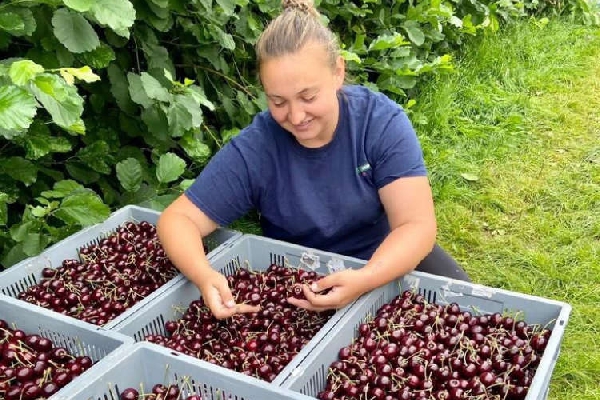 A flood of juicy cherries is set to hit Sussex's market from tomorrow after July’s heatwave led to a bumper crop.

Growers are hailing a massive yield in the sweet stone fruit after unseasonal cold and rain during a bleak spring threatened to hamper this year’s output.

The bulk of the sudden rush of supply has come from Kent, traditionally the UK’s main cherry-growing area.

With a sudden superabundance of cherries on the cards, supermarket chain Tesco has taken on an extra 115 tonnes across the UK to avoid them going to waste.

“For the next two to three weeks the UK will be getting an abundance of super sweet, classic British cherries.

“It’s a total contrast to what we were experiencing back in April and May which, because of the unseasonal weather, resulted in a far colder start to the cherry growing season than usual.

“This meant that the cherry trees were dormant for longer and pushed the start of the season back by up to three weeks but helped the trees build energy and potential resulting in the high quality fruit coming through now.”

This year British growers are set to produce slightly more than 6,000 tonnes of cherries – nearly double to the UK’s total cherry harvest in 2018.

And compared to the relatively small 559 tonnes that were picked in the year 2005, it shows just how far the revival has come in such a short space of time.

Britain’s cherry industry is finally getting back on track after nearly collapsing 20 years ago, it is thought.

High production costs at the turn of the century and the increasing availability of cheaper imports hit the livelihoods of many UK cherry growers.

Tesco stone fruit buyer Callum Baker said: “The great news for cherry lovers is that the fruit will be plump and very sweet as a result of remaining dormant for longer and building energy during the colder spring.

“We’d rather see an even production across the UK than to have a massive crop flush like this but when it happens we are able to step in, use our scale for good and help growers, with customers being the ultimate winners.”

Cherry production in the UK is so strong that Tesco no longer needs to import them from abroad during the British season.