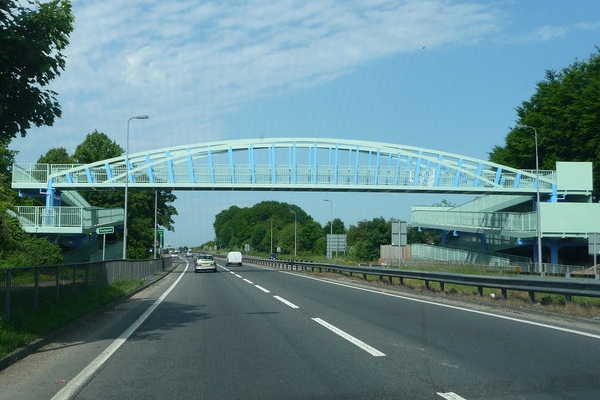 For 26 years, the Boxgrove resident was also a Chichester-based police superintendent but that career ended abruptly after an attempted arrest went badly wrong in 1997.

"I answered an alarm call and was trying to arrest a potential burglar," Viv said. "Whilst I was trying to climb through a first floor window, I took a blow to the top of the head and fell backwards out the window and crushed my spine."

After a seven-month stay in hospital, Viv had to learn to walk again and, following major surgery in 2012, now heavily relies on a wheelchair for mobility.

Viv added: "It was really difficult [when my police career ended].

"Normally, you know you're retiring and you can work up to it. You can prepare mentally and get something lined up and sort finances out.

"I didn't have any of that. One minute, I was in the job, the next minute I wasn't."

Viv's disability hasn't deterred her passion for sport. After watching the Beijing Paralympics, she decided to take up wheelchair fencing.

Having volunteered for the Princess Trust for 30 years, among other charity work, Viv now helps with British Disability Fencing.

"It is a very small organisation," she said. "We are not government funded an don't get funds from lottery. We are not funded by anybody.

"We have been struggling and, during the lockdown, we've not had opportunities to fundraise. We've had bills coming in and no means of paying them.

"We like to get out to the spinal injury unit to get to children's hospitals to introduce children to fencing.

"Kids with disabilities find it great fun, with the plastic swords. We needs fund to be able to do it and we didn't have any."

To raise vital funds, Viv decided to take matters into her own hands during lockdown.

Whilst she was unable to go the gym, Viv's alternative work-out was doing laps on her wheelchair over the Tangmere footbridge. This former the idea for a valiant challenge.

"I said I could do a fundraising event by pushing my wheelchair up and over the bridge.

"It has to be a challenge and something difficult.

"Last September, I did a fundraiser for Sports Aid and I did 30 miles. That was fairly tough.

"I stupidly decided 100 miles, 400 laps of the Tangmere footbridge, would be an ideal target."

Viv completed the five-day challenge over the Easter weekend.

She said: "Pushing a wheelchair in heavy rain is not a good idea. It's alright pushing up but you can't break coming down hill. It's quite dangerous.

"I needed five consecutive days, 20 miles a day. When I checked the weather forecast, I decided started on Thursday was best.

"I did up to the Monday and the only bad weather I had was the Monday, when I pushed through a hailstorm and snow, high winds and then, in the afternoon, the sun came out and it was quite hot. I had all four seasons on that one day."

Viv, who has arthritis in both hands and wrists, said the challenge was 'very difficult'.

She added: "Pushing a wheelchair over 100 miles over a bridge is quite a daunting thing when you get to my age.

"At the end of the first day, I was really struggling and was wondering how I was going to do the other days.

"It was a case of coming home every day and putting my hands in the freezer box in the fridge for a good ten minutes. I spent the evening icing my hands and then put peanut oil on them. It's a great cure for arthritis.

"At the end of the five days, my hands were totally shot at."

"I am absolutely delighted with that," she said. "That will help pay some of our debts and means, when all the lockdowns are done, we can start going out to the hospitals and introduce kids to wheelchair fencing, which is good."

If you would like to donate, please visit Viv's fundraiser page here