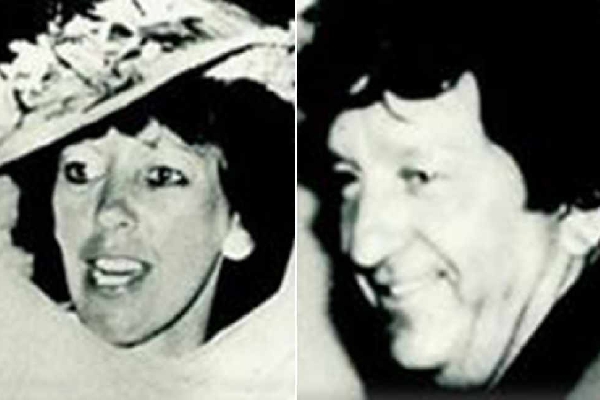 Detectives investigating the murders of a couple in West Sussex 35 years ago are reaching out once again to the communities from which they came in nearby Hampshire.

The families of both victims are supporting the police appeal.

Lindy Benstead and Peter Thurgood were found dead on 22 April 1986 on Chapel Common off the then A3 at Rake, by a car Thurgood had hired that day. They had both been killed by shotgun blasts at point-blank range.

Detective Superintendent Emma Heater of the Surrey and Sussex Major Crime Team said; “This tragic case was thoroughly investigated in 1986 and subsequently, and has since been reviewed several times.

“Many of our lines of enquiry over the years lead us to believe that the answer to the mystery of these dreadful crimes lies somewhere in the Whitehill and Bordon areas, from which the victims came. While we cannot rule out the possibility of an attack by a random stranger, it is still likely that someone with information from within those areas will provide vital leads.

"It is now 35 years since these tragic deaths and it may be that feelings and loyalties have shifted over the years, perhaps to a point at which someone is ready to disclose to us something they have never disclosed before."

Mrs Benstead, 49, a married mother-of-three, and divorced bricklayer Mr Thurgood, 47, lived in adjoining Whitehill and Bordon, close to the West Sussex border. The fact that they were having an affair was common knowledge locally.

On the day of the murders, Mr Thurgood hired the silver Mazda and drove to the Old Thorns Golf Club, Liphook, where Mrs Benstead worked as a cleaner. They then drove to the open area off the A3, north of Petersfield.

In a joint statement, David and Terry Thurgood, sons of Peter Thurgood, and Karen Benstead, daughter of Lindy, said; "These terrible killings of our loved ones have haunted both families for 35 years now, and we remain united in our desire to support any enquiries that will help bring justice and closure for us all. We ask anyone who has any information they have not yet brought to the police, to come forward now. It is never too late to do the right thing."

David and Terry Thurgood added: "When we were growing up in the Bordon and Whitehill area in the 1980s everyone knew everyone as they were only small villages.  and somebody must know something. Now is the time to come forward to the police and help both our families put closure to this horrific crime."

Emma Heater said; “Our most recent full review in 2014 confirmed that there were no new lines of enquiry at that time, but it is subject to regular two-yearly re-assessment as part of our continuing review process.

“In 2018 for example we received information as a result of which officers from the Surrey and Sussex Major Crime Team flew to the United States and talked to a man living there. Whilst this witness gave information naming a possible suspect there was no evidence to corroborate this allegation.

“At the time of these tragic murders and since, numerous people have been named as allegedly being involved and two arrests were made. All these leads were thoroughly explored but have not led to any further developments or arrests.

“We remain in contact with both families and they will be updated with any significant developments.

“Although there have been no other developments, as in all such cases we always pursue any new information or forensic opportunities whenever they arise. Anyone who has any new information that might lead to new lines of enquiry can contact Sussex Police on line