Fundraisers collect more than £20,000 for father seriously assaulted in park in West Sussex 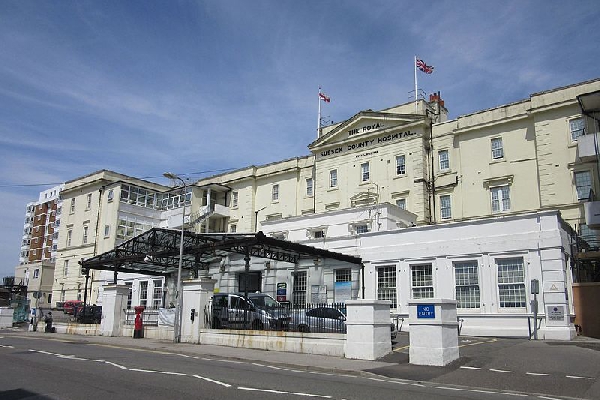 More than £20,000 has been raised for a care home worker who was seriously assaulted after he is understood to have stepped in to protect his son in a park.

Alan Willson is reported to have been knocked unconscious after he ran from his home in Worthing, West Sussex, to Longcroft Park after his son called him to say he was being attacked on Easter Sunday.

The 46-year-old was taken to the Royal Sussex County Hospital in Brighton where he is in a coma.

Five youths were arrested on suspicion for attempted murder and grievous bodily harm with intent and have been released on bail under “strict curfews”.

Three fundraising pages have been set up to support Mr Willson and his family, with one organised by friend Cheryl Edwards on justgiving.com having reached £22,659 by Thursday.

Rhiann Wiseman, who has set up another appeal on GoFundMe, wrote on the site: “Alan’s son rung him to say he was in trouble in longcroft park, he went round to see what was happening to his young son & was brutally attacked.

“He is now in a coma after being beaten. His son saw the whole thing! We just want to take off any financial stress that is going to effect his wife & children.”

And Tracy Bassett, who also started an appeal, wrote on GoFundMe: “I work alongside this lovely local lady who’s husband was brutally attacked when he went to answer a call of help from his son who then saw the whole attack!!”

A Sussex Police spokesman said: “Officers were called to Whitebeam Road shortly before 7.30pm on Sunday (April 4) after a man was found injured in nearby Longcroft Park.

“He was taken to the Royal Sussex County Hospital in Brighton, where he remains in a serious condition.

“Four boys were arrested on suspicion of attempted murder and grievous bodily harm with intent.

“They were released on bail with conditions while police enquiries continue. These conditions include strict curfews, staying at a given address away from the local area and not associating with each other.

“Police also arrested a fifth boy on suspicion of attempted murder on Monday (April 5). He has also been released on bail with strict conditions.”

Detective Inspector Simon Dunn said: “The assault and the build up to it occurred in a public park in daylight, so it was likely that other people would have witnessed the assault or the suspects running from the scene.

“I am keen to hear from anyone who has information but is yet to come forward.”