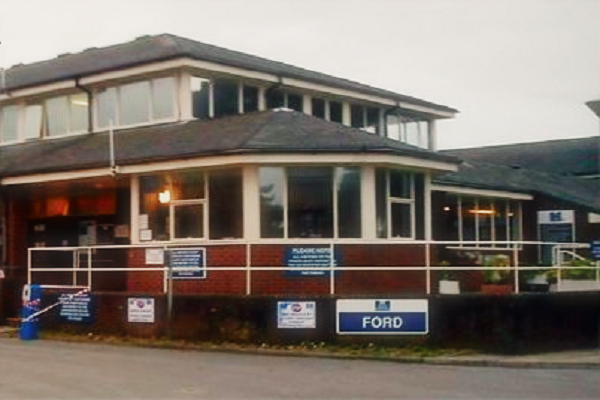 HMP Ford, a men’s open prison in West Sussex, was found by inspectors to be falling short in its work to support prisoners’ rehabilitation and preparation for release into the community.

HM Inspectorate of Prisons (HMI Prisons) visited the establishment near Arundel in March and April 2021, at a time when Ford held 418 prisoners, many in former military billets.

Charlie Taylor, HM Chief Inspector of Prisons, said COVID-19 restrictions over the last year had a significant impact on many prisoners “who had worked hard to progress to open conditions, only for further potential progress to be frustrated by a national ban on temporary release. Prisoners who had expected to be working in the community and rebuilding family ties on resettlement licence instead found themselves, literally, confined to barracks.”

Ford was working to ease the previous restrictions. Despite this, Mr Taylor added:

“there were few prisoners in education, vocational training or community placements, which indicated weaknesses in the planning for recovery. Release on temporary licence had started to ramp up, but ultimately there were too many unemployed and unoccupied prisoners who were bored, demotivated and unable to progress in the way they had expected.”

Inspectors considered that Ford remained a safe prison. Despite this, Mr Taylor said, “some leaders and staff had developed a narrative that suggested it was more violent and volatile than the statistics indicated. Some also expressed low expectations of prisoners, even though they were category D (open).

“Ford had one of the highest rates of return to closed conditions in the open estate, which supported the view of many prisoners who said the threat of recategorisation was used unfairly to control their behaviour and sometimes deterred them from speaking out about issues affecting them. All of this was contributing to a culture that felt far from rehabilitative.”

The prison had not experienced an outbreak of COVID-19 and very few prisoners or staff had tested positive for the virus in the last year. However, there was the potential for a virus to spread rapidly due to some poor hygiene.

“While we acknowledge the inherent limitations of the old and worn accommodation at Ford, this did not excuse the poor cleanliness and shabby conditions we found. It was clear that there had been little oversight of standards in the residential accommodation. It was unacceptable that, during a pandemic, access to laundry facilities and the provision of soap was so poor. We saw prisoners cleaning their underwear and dishes in buckets in shared toilet areas, which we would not expect to see in a modern prison service, let alone in an open prison that should be promoting and supporting independent living skills.”

Leaders asserted that their focus over the last year had been to keep people safe from the virus. “This was clearly very important but should not have been to the exclusion of progressing other priorities. Leaders at Ford were not faced with some of the challenges that the restrictions had presented in closed conditions.”

On a more positive note, inspectors found good family support work, which was greatly valued by prisoners, and some prisoners were now able to see their families on temporary release into the community.

“This was a disappointing visit and we urge leaders at national and local levels to address the concerns we have highlighted with urgency. The first challenge is to assess the extent to which the problems have been caused by the pandemic and how much they are specific to the culture of the prison. The former will, we hope, be resolved as restrictions are lifted, but the latter will require more focused leadership and support from HM Prison and Probation Service to make sure that Ford fulfils its rehabilitative purpose in the future.”