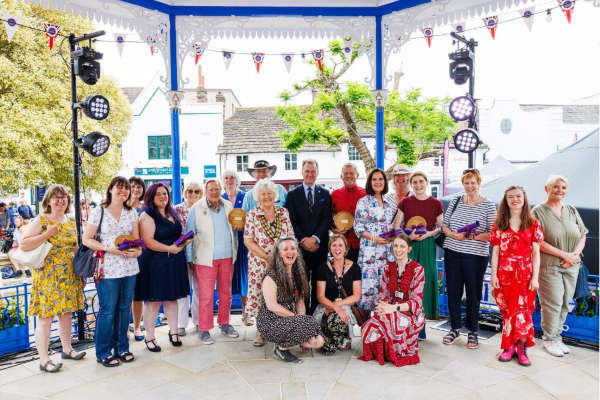 As part of The Queen’s Platinum Jubilee celebrations in Horsham’s Carfax last weekend, winners of the inaugural Horsham District Volunteers Awards were announced at a special presentation ceremony.

The winners in the eight award categories were:

Trustee of the Year

Young Volunteer of the Year

The awards were presented by the Council’s Chairman Cllr Kate Rowbottom and High Sheriff of West Sussex James Whitmore.

"I am delighted that we have introduced these awards to give residents the opportunity to nominate people or groups who have really made a difference to communities in our District over the years, and most recently, as we have gone through some of the toughest times we have ever known".

"It is fantastic that their contribution and the amazing work they do is being recognised in this way, during the Queen’s Platinum Jubilee and Volunteers' Week."

"Their dedication and commitment to their voluntary work does much to transform the quality of many people’s lives locally."