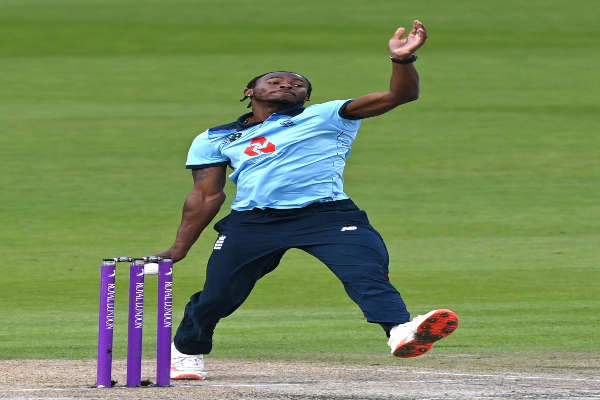 Jofra Archer hopes to make his comeback in Sussex’s opening game in the Vitality Blast this month after admitting his longstanding elbow injury left him in a “dark place” last summer.

The England fast bowler missed last winter’s T20 World Cup and Ashes series after undergoing a second operation in December on his problematic right elbow, which has troubled him for more than two years.

Having not played competitively since last July, Archer insisted he has given no thought to this summer and his international prospects and is merely relieved he can soon look forward to a return to action.

But the 2019 World Cup-winning quick suggested he remains committed to representing England in all three formats after speculation abounded during his time on the sidelines that his persistent elbow worries might lead to him sacrificing his Test ambitions and become a specialist white-ball player.

“I find myself in an unfamiliar place as I build towards the start of the Vitality Blast this month — from a fitness perspective, I cannot believe how good I feel,” he said in his Daily Mail column.

“Am I confident things are where I would like them to be ahead of Sussex’s opening Twenty20 fixture against Glamorgan on May 26? Absolutely.

“As for Test cricket this summer, I simply haven’t thought that far ahead.

“I’ve not had any prompts from anyone, telling me I’m a one-format player as yet. I still want to play everything.

“But my first task is the Blast and if I don’t play that properly, then I won’t be able to play Test cricket. So the focus needs to be on the cricket I’ve got lined up and we will see from there.”

Archer, who has featured in 13 Tests, 17 one-day internationals and 12 T20s for England, first suffered a stress reaction in his elbow on the 2019-20 tour to South Africa and he missed the last three Tests.

He returned to the fray in the 2020 summer but the issue reared its head again during last year’s tour of India and he has not represented England since a T20 in Ahmedabad 14 months ago.

He first had surgery last May to attempt to correct the issue and briefly returned to playing for Sussex, but another setback meant he went under the knife again to address a stress fracture.

While he was plagued by uncertainty in the second half of last year, the 27-year-old expressed his gratitude at retaining his full England and Wales Cricket Board central contract.

“Having gone into a dark place last summer after the first op, I can see why when people are not on the good side of situations like this, they sometimes have a downward spiral in terms of mental health,” he added.

“It’s natural for anyone to worry about the future in that kind of situation, but not having to chase a contract gave me the time to rest properly.

“Yes, there have been two surgeries, but honestly, I couldn’t have written my rehab comeback any better.

“Now, I just need some game time to be able to put my trust in the elbow. I’ve not trusted it supporting me for a long period, so it’s going to take a little bit of work to do so and bowl at full tilt.”