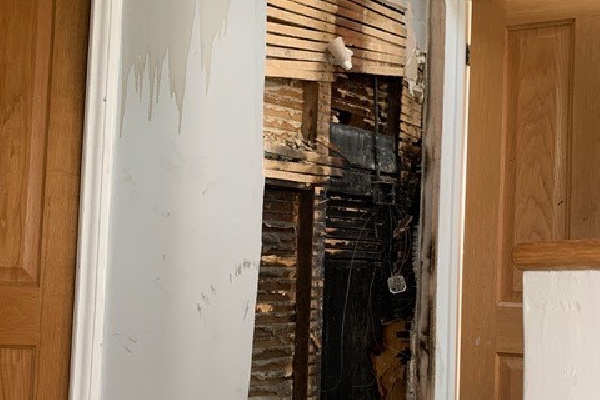 The fire service is encouraging people to check their loved ones, especially older relatives, have a smoke alarm on each floor of their home.

During 2020, firefighters attended 60 fires where there was no working smoke alarm fitted.

They are also reminding residents, that they are offering free safe and well visits from vulnerable members of the community to ensure the risk of fire in the home is kept to a minimum.

Among those backing the campaign are a family from Worthing whose house caught fire in the very early hours of the morning. They said they would not have escaped in time, were it not for their smoke alarms.

Erica and Matt Foggett and their family were asleep when they were awoken by their smoke alarms sounding shortly after 2am on March 6.

Erica said: “We were fast asleep when the alarm went off, but immediately we knew something was wrong. We ran downstairs to the landing on the second floor and could immediately see a small fire there coming out of of (repetition) the electrics in the wall. It was just outside the children’s bedrooms.  Fortunately the alarms detected the smoke before any sizable flames had grown. We were relieved that such a small fire would set the smoke alarms off. This early warning was what gave us the extra time we needed to get us all out safely.

“Thankfully we were able to quickly get the children outside before the fire grew enough to block to our exit and dial 999 for the fire and rescue service.

“If the smoke alarm had not gone off, I doubt we would be here now. There’s no way we would have made it down from the third floor and the children out of their bedrooms if the fire had spread further.

“The firefighters told us that they were able to save far more of the property because we had called them so quickly, which is again thanks to the smoke alarm waking us up.

“Almost a month on, we still have a long journey ahead of us to repair all the damage caused by the fire. But we dread to think how much worse it could have been.” 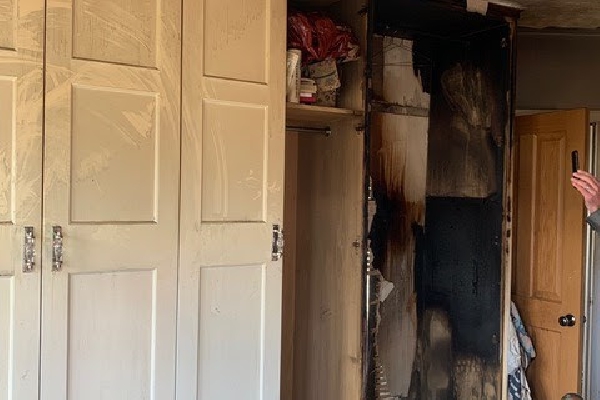 Nathan Cross is West Sussex Fire & Rescue Service’s Prevention Manager. He said: “We would always recommend that people have smoke alarms fitted on each level of their property and that they test them at least once a week.

“We have launched our #KeepCalmGetAnAlarm campaign to remind all residents of the importance of having working smoke alarms, and we would urge people to check on vulnerable family members to ensure that they too have working smoke alarms fitted. Linked detectors can be purchased for those who are hard of hearing or have limited mobility."