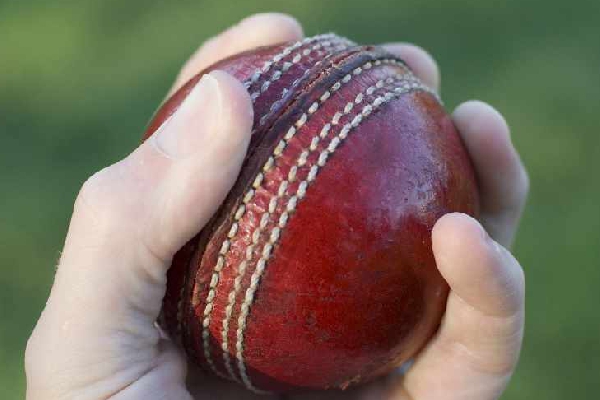 An eighth-wicket partnership of 111 off 275 deliveries between Harry Swindells and Callum Parkinson, along with rain breaks that saw 27 overs lost, ensured the game went into its final hour, and though both young batters were dismissed, hands were shaken with eight overs remaining and Leicestershire leading by 93 runs in light that prevented Sussex from using their pace bowlers.

Earlier the visitors had looked certain to end a run of 17 championship matches without victory when shortly after the start of play, teenage leg-spinner Archie Lenham had dismissed Rishi Patel with a ball that bounced a little more than the batter anticipated, took the inside edge and was well caught by Tom Allsop at short leg.

Patel had added just one to his overnight score of 67, and soon afterwards another of Leicestershire’s main hopes of turning the match around, all-rounder Ben Mike, spooned a drive at a wide-ish delivery from Ollie Robinson – the first with the new ball – into the covers for Cheteshwar Pujara to take a good low catch.

At that stage Leicestershire were 209 for seven and still needed another 31 simply to make Sussex bat again, but Swindells and Parkinson dug in, clearly determined not to give their wickets away.

With little assistance from the pitch, Sussex captain Tom Haines tried all his bowlers, and Robinson reverted to off-spin, but Swindells, who has been out of form with the bat this season, began to find a semblance of confidence, and Parkinson, whose previous three innings had seen him score 86 runs and be dismissed only once, bristled with defiance.

Afternoon showers helped the Foxes cause, and Swindells went to his 50 off 137 balls before failing to keep an off-drive down and seeing Aaron Beard take a fine one-handed catch low to his left in the covers.

Rawlins, the successful bowler, then picked up another wicket when he bowled Parkinson, then on 45, with a quicker delivery, but the final pair of Chris Wright and Beuran Hendricks held on as the dark clouds once again closed in.