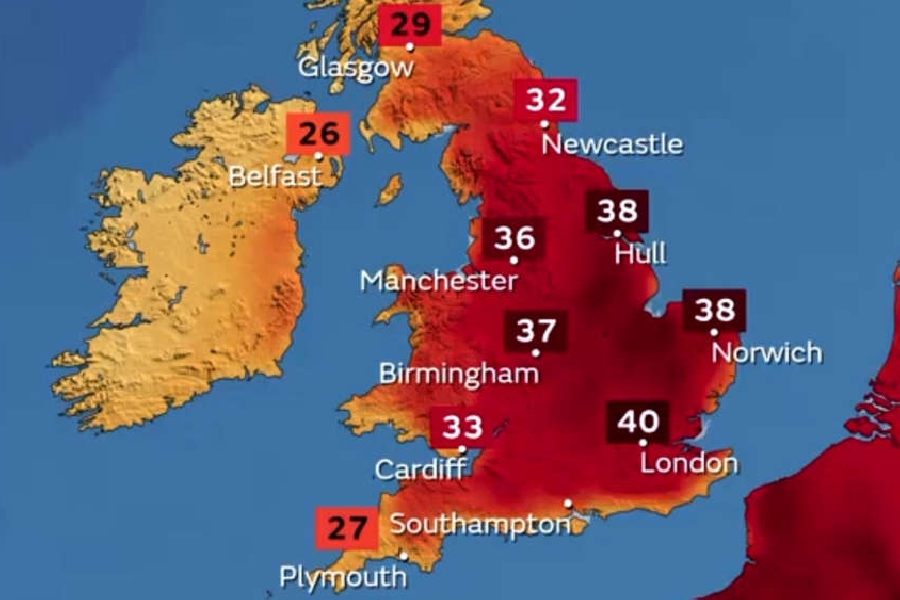 Several West Sussex schools have announced changes to the upcoming school days in response to the red extreme heat warning from the Met Office.

For the first time temperatures of 40°C have been forecast in the UK and the Met Office has issued the first ever Red warning for exceptional heat.

Exceptional heat is expected to affect a large part of England early next week, with temperatures likely in the high 30s C in some places and perhaps even reaching 40°C.

"Currently there is a 50% chance we could see temperatures top 40°C and 80% we will see a new maximum temperature reached.

“Nights are also likely to be exceptionally warm, especially in urban areas.

"This is likely to lead to widespread impacts on people and infrastructure.

"Therefore, it is important people plan for the heat and consider changing their routines as this level of heat can have adverse health effects.”

Temperatures in West Sussex are predicted to reach up to 35 degrees on Monday and 34 degrees on Tuesday.

Several schools in West Sussex have announced they will be making amendments to the uniform or the school day to help students deal with the extreme heat.

The Regis School - no blazer or tie

*The Weald School, Billingshurst - school is open but ends at 1:30pm on Monday and Tuesday

*Imberhorne School, East Grinsted -school is open but ends at 1:20pm on Monday and Tuesday

Parklands Primary School, Chichester - closed on Monday and Tuesday for pupils in Years 3, 4 and 5 only