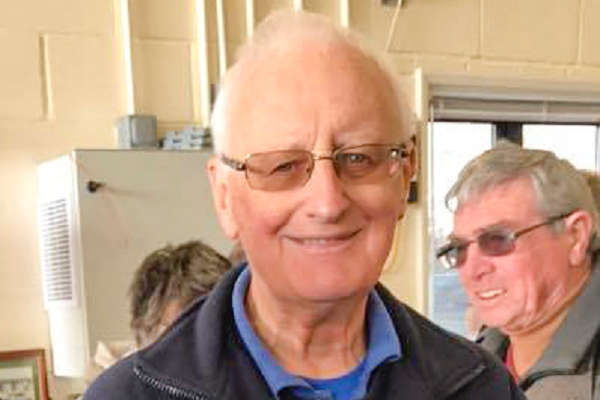 Everyone at Littlehampton RNLI Lifeboat Station is mourning the loss of long-serving volunteer, David Dawson, who passed away on Monday 28 March in a tragic road accident.

A hugely popular figure at Littlehampton RNLI, David, who was 83, held numerous volunteer roles at the boathouse, including shop volunteer, boathouse manager and latterly as a member of the visits team. In this role, David showed the public, local schools, youth and adult organisations around the lifeboat station, where he told them all about the work of Littlehampton RNLI and important sea safety messages.

He'll be remembered for his infectious smile, inexhaustible knowledge of the RNLI and his friendly interaction with everyone who visited the lifeboat station.

Beyond the RNLI, David was a keen golfer and a fan of Sheffield United Football Club.

Nick White, Littlehampton RNLI’s Lifeboat Operations Manager, said: ‘We were deeply saddened to learn of David's death. He was a regular presence at our lifeboat station where he held several roles. He was cheerful and liked a chuckle – and took boathouse banter in his stride. We'll miss him. Our thoughts are with his family, and with the families of the other victims of this awful accident.’

David leaves his two sons, four grandchildren and sister. His funeral was held on Friday 22 April at Worthing Crematorium.