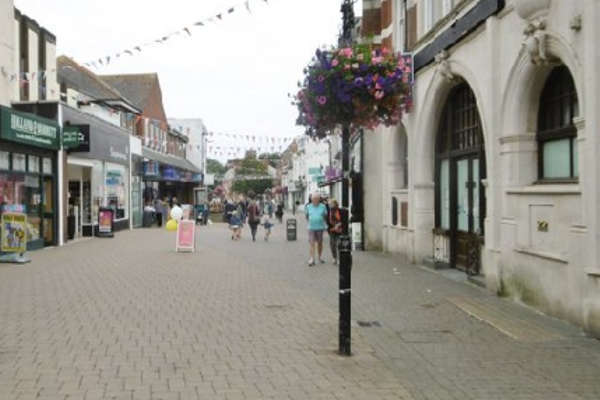 Vehicle access to Littlehampton’s pedestrianised precinct could soon be restricted after a proposal was supported by traders.

The results of a consultation showed that the majority of traders were in favour of limiting when deliveries and loading can take place in the high street.

Launched in June, the consultation detailed proposals to introduce vehicle restrictions from Fantasy Games to Molica Franklin to improve safety for pedestrians.

Of the 30 businesses verbally consulted, 25 were in favour of the proposals that sought to introduce restrictions between 10am and 10pm.

Two agreed there should be restrictions but their enforcement should only be between 9am and 6pm, and three disagreed due to concerns about the effect the rules would make on deliveries.

As a result, the council is now applying to West Sussex Highways to introduce a Traffic Regulation Order for vehicle restrictions between 9am and 6pm, seven days a week.

There will also be an application to make the top of Clifton Road a no parking or loading zone during these hours. Currently, there are no restrictions in place so vehicle loading can happen at any time of day.

Councillor Andy Cooper, Chair of the Economy Committee at Arun District Council, said: “We launched the consultation as we wanted to know how traders felt about imposing the vehicle restrictions, which would make it safer for pedestrians using the shopping precinct. As the majority are in favour, we have applied to West Sussex Highways for a Traffic Regulation Order. It will then be up to them to decide whether the changes are introduced.”

The results of the application will be published once a decision has been made.