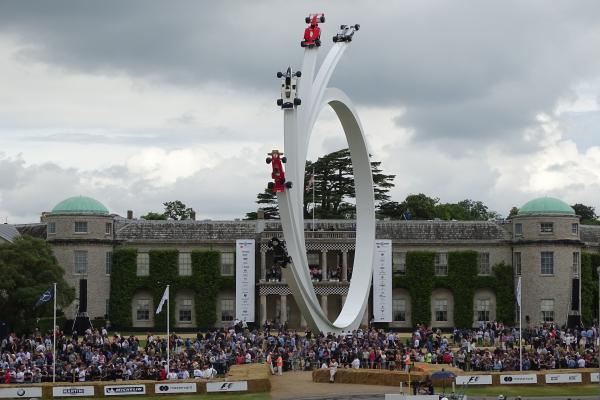 Lotus’s next-generation sports car will be called Emira, as the British firm ushers in its final era of combustion-engined vehicles . It's first appearance will be at Goodwood's Festival of Speed.

Previously known as Type 131, the new model’s name is said to appear in numerous ancient languages and is often translated as ‘commander’ or ‘leader’.

Although the name reveal only comes with a teaser image of the headlights, front end and a section of the rear, Lotus says the car will get its full unveiling on July 6 at the firm’s Hethel headquarters. It will then make its public debut at the Goodwood Festival of Speed between July 8 and 11.

Little has been confirmed about the car’s specifications, but Lotus has today confirmed that it will not be a hybrid. There will be a choice of internal combustion engines, with an additional option coming from ‘an exciting new powertrain partnership’.

The styling will be influenced by the Lotus Evija hypercar. The EV has a wild, aerodynamics-focused design with narrow, vertical headlights, a wedge nose and channels to the rear designed to direct air flow.

“Beautifully proportioned, shrink-wrapped, but with comfort, technology and ergonomics built in. With a design inspired by the Evija all-electric hypercar, it’s a game-changing Lotus sports car.”

Lotus revealed the Emira at a conference outlining the future of the brand. Windle confirmed that the Emira is being built on one of four new vehicle platforms from Lotus, which are designed for sports cars, hypercars, electric sports cars, and ‘lifestyle vehicles’, with the latter expected to be SUVs.