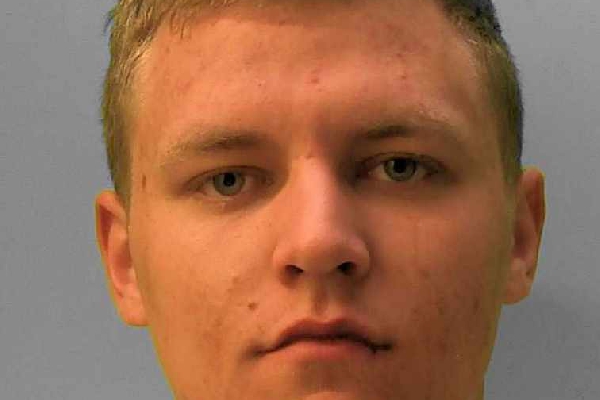 A group of masked men jumped the fence of a property in Nicholson Drive, Shoreham, and kicked in the doors of a summer house around 10pm on 11 February 2020.

They were in possession of weapons, and demanded money from the two occupants – a woman now aged 19 and a man now aged 21.

The woman was assaulted by the group, suffering facial injuries. She screamed for help and her father, now aged 56, came to assist.

At this point, he was confronted by one member of the group, who stabbed him multiple times including once to the chest. The victim sustained serious injuries which required surgery, and is still affected by the incident to this day.

All suspects fled the scene and police were called.

During an unrelated search warrant at an address in Sompting, police seized several items of distinctive clothing which matched those of the main suspect, including a green and red Gucci belt.

A pair of jeans and a grey hoodie were also seized and forensically tested, and the hoodie was found to have traces of blood which matched that of the victim.

This linked Jordan Bell, now aged 20, of Grafton Gardens, Sompting, to the scene of the crime.

He was subsequently arrested and charged with causing grievous bodily harm with intent, aggravated burglary and possession of a knife in public, all of which he denied.

He was remanded in custody and found guilty by jury of all three offences following a five-day trial which concluded on 20 April.

Bell then appeared before Hove Crown Court on Thursday 27 May, where he was sentenced to a total of seven years’ imprisonment.

Investigating officer, Detective Constable Louise Baileff, said: “Bell armed himself with a knife before jumping into a garden as part of a group. He then brandished a knife at two of the victims in a summerhouse and when the third victim came to protect his daughter, Bell stabbed him multiple times.

“Quick thinking neighbours applied first aid to try and stop the bleeding until the ambulance arrived and took victim to hospital.

“Bell has not accepted any responsibility during the investigation and trial for his actions, although admitting being present at the address. The jury saw through his story and rightly found him guilty of all offences. One victim still suffers physical effects from being stabbed, and all involved have been left with a serious and lasting emotional impact.

“Violence and knife crime will not be tolerated in Sussex and we are pleased that the judge has handed Bell a custodial sentence for his deplorable actions that night. This shows that people involved in such offences will be held accountable for their actions.”

A number of other people were arrested in connection with the incident but released without action; no further charges have been authorised to date.

Detectives are continuing to appeal to anyone with any information about the incident, or knowledge of those involved, to come forward.

You can report it online or call 101, quoting Operation Waterway.

You can also contact the independent charity Crimestoppers anonymously on 0800 555 111 or report it online.