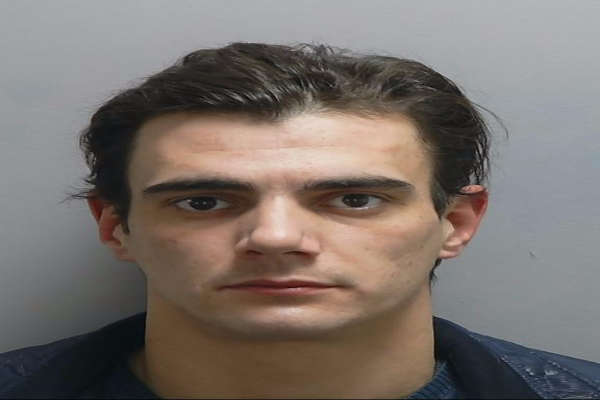 A Portsmouth man has been sentenced to six years in prison having pleaded guilty to sexual offences against women that took place in Chichester and Waterlooville.

The court heard how on December 6 2020, Bell attended the address of the Waterlooville victim, who was in her 20s at the time of the offence and is now 30, in relation to an advert that had appeared on Facebook Marketplace.

​Once inside the address, Bell forcibly kissed the victim and touched her inappropriately over her clothing before he was disturbed and left the address. He then sent the victim a message via Facebook asking her to meet up again.

The incident was reported to police the next day and an investigation was launched, leading to the arrest of Bell. He was later charged with sexual assault.

While he was on bail from Hampshire Police for the sexual assaults, he went to stay with a woman known to him in Chichester. He was supposed to be staying on the sofa for the night, but in the early hours of that Boxing Day morning, he went into the bedroom of the victim whilst she was asleep and sexually assaulted her. This awoke the victim who shouted at him to leave.

Bell has now been sentenced to a total of six years in prison, four years for the Sussex offence and two for the Hampshire offence as well as being given a Sexual Harm Prevention Order for ten years, and a lifetime Restraining Order relating to both victims, and he will also be on the sex offender register for life.

​Detective Constable Keeka Crewe-Way, of Hampshire Constabulary’s Eastern Criminal Investigation Department, said: “This was understandably an extremely traumatic ordeal for the women involved and I cannot commend them enough for their courage and bravery in coming forward and telling us what happened, and for their strength throughout the criminal justice process.

“We know it’s incredibly difficult for people to report incidents of this nature but with the help of these women we were able to secure a guilty plea/conviction and bring this man to justice.

“Online marketplaces are very popular for buying and selling in today’s digital age and people should be able to use these safely, without the risk of people like Bell taking advantage of them. I hope that this sentence helps these women gain some form of closure and be able to start to move on with their lives.”

Detective Constable Jason Berney of the West Sussex Safegurding Investigations Unit said: "It took the victim a great deal of courage to come forward and report, as Bell was known to her and it was a very distressing predicament for her. However she did this and he was successfully convicted which is great testament to her resolution.

"In addition to this, she then had to cope with the fact that Bell went on the run for a period of time, but he was tracked down by myself which led to his being located and arrested."