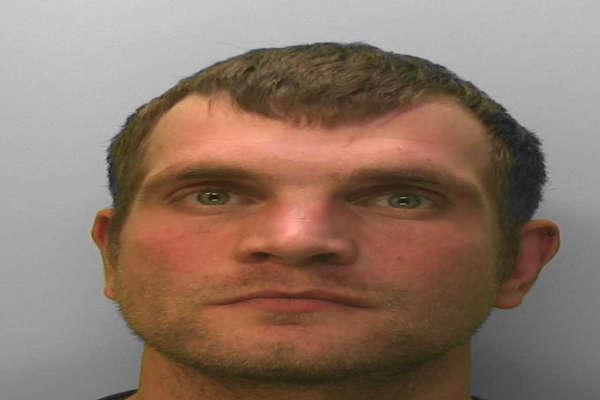 A man has been jailed for more than two years after assaulting and repeatedly harassing a woman.

Peter Jonas turned up at the workplace of the woman, who is known to him, on 26 March this year and confronted a number of her colleagues.

He then damaged her car with his motorcycle helmet and threatened to set fire to it.

Later that evening, he turned up at her address in West Sussex and let himself in. After being told to leave, he threw a set of keys at the victim, causing a cut to her head. He also punched the TV, causing a crack to the screen.

Police were called and Jonas, 34, was arrested at his home in Brougham Road, Worthing.

He was released on bail with conditions not to contact the victim directly or indirectly.

However, on 1 April, he again attended the woman’s address – which was in breach of his bail conditions – and threatened another man who was present.

Officers responded to the scene and Jonas was further arrested.

He was charged with assault and harassment, and pleaded guilty to both offences.

At Lewes Crown Court on 18 May, he was sentenced to 26 months’ imprisonment.

Investigating officer, PC David Jackson, of Chichester CID, said: “The victim in this case sustained facial injuries after being assaulted by Jonas in the presence of her own daughter. He also confronted her and her colleagues at work, repeatedly attended her address uninvited, and followed her home from the school run on at least one other occasion.

“This behaviour amounted to harassment, and it is completely unacceptable. Thankfully, justice has been served, and Jonas was given credit for his early guilty pleas in court.

“We continue to urge victims of violence to come forward and report it to us. We take the safeguarding of victims extremely seriously and will take robust action against offenders.”