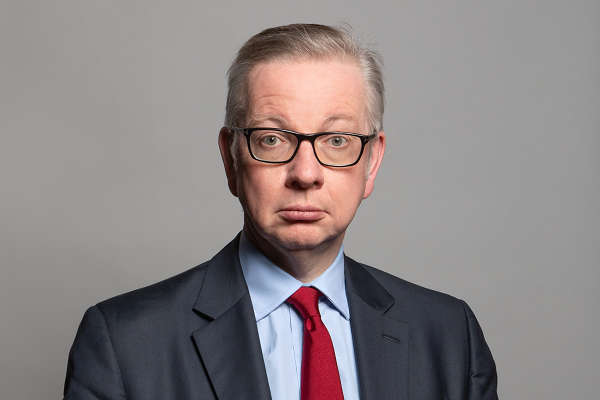 A government minister is set to visit Bognor Regis later this month for a fundraising event.

P for Surrey Heath Michael Gove – who became Secretary of State for Levelling Up, Housing and Communities last year – will attend a fundraising dinner for the Bognor Regis and Littlehampton Conservative Association on May 13.

The minister is set to give a speech and answer questions during the event with Nick Gibb, MP for Bognor Regis and Littlehampton, also expected to be in attendance.

The local conservative association says non-party members are ‘welcome as guests’ at the event which costs £39 per head.

But some local councillors and residents have called on the Secretary of State to meet with them outside of the event to discuss concerns over housing.

In a letter to Mr Gove, the leader of Arun District Council’s Independent group, Tony Dixon, invited him to ‘name a time and place’ for a meeting. The letter reads: “We wrote to you on 7 February 2022 to outline some of the problems our district is currently facing.

“The response, sent on your behalf, failed to address these concerns and so we remain concerned that some of the more local issues are not yet fully understood by government.”

An earlier letter signed by Lib Dem, Independent and Green councillors, claims there is a ‘developer free for all’ in the district. Because Arun District Council did not meet its housing targets – set by central government – in the three years to March 2021, it must consider all planning applications for approval so long as they are ‘sustainable’.

If the council turns down applications, it could open itself up to appeals from developers.

In a response to the local councillors, former Minister of State at the Department for Levelling Up, Housing and Communities Christopher Pincher MP, said Michael Gove ‘does not have the power to intervene’.

This, he says, is because a Local Plan setting out development priorities and strategies in Arun district was judged ‘legally sound’ and adopted in 2018.

When asked if Mr Gove would meet with councillors and residents, a spokesperson from his constituency office said: “The dinner on 13 May is a private event for his old friend and colleague Nick Gibb, and it would not be appropriate to discuss planning matters.”