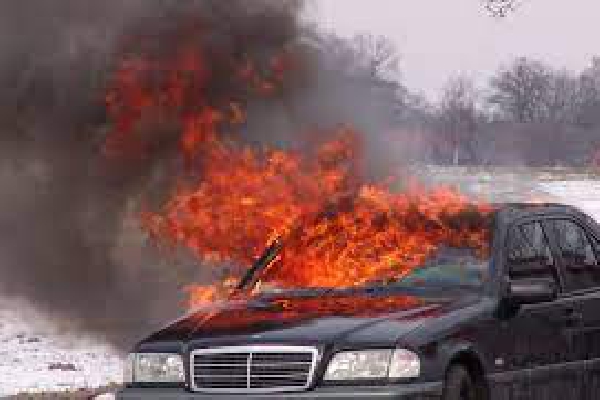 More than 50 vehicles were torched deliberately across West Sussex in a year, fire service figures show.

Over the course of a decade, fire crews in the area were called out to over 1,000 deliberate vehicle fires, 59 of them last year.

Arsonists torching vehicles are putting lives at risk and taking up time and resources from already stretched services, according to the Fire Brigades Union and the National Fire Chiefs Council.

Since recording began in 1981, England’s fire and rescue services have attended more than a million deliberate vehicle fires, with nearly 8,500 incidents in 2020.

The chair of the NFCC described the thousands of "mindless incidents" as shocking and called on people to report vandals setting cars alight to the police.

Firefighters at the West Sussex Fire and Rescue Service responded to 16 fewer incidents involving this kind of arson last year compared to 2019.

Data released by the Home Office shows that vehicle fires accounted for around 13% of all deliberate blazes attended by fire crews in the area last year, though figures could be higher as not all fires are reported.

NFCC chair Mark Hardingham said: “Deliberate fires - of any sort - put the public at risk and the reality is they divert crews away from other incidents, where life could be at risk.

"Car fires are usually classed as ‘secondary fires’ but these can soon escalate into more serious fires, requiring additional resources.

"The nature of car fires also put crews at risk as they can pose difficulties and become complex, dependent of the type of fuel while taking into account the increase of electric vehicles.

The location can also have an impact as deliberate fires can often be in harder to reach, more remote locations."

A spokeswoman from the Fire Brigades Union said: “The fire service is a vital public service and, no matter what the incident or the cause, firefighters will always be there to respond.

"However, deliberately caused fires use up valuable time and resources of an already over-stretched and under-funded service."

Home Office Fire Minister Stephen Greenhalgh said the Government supported the fire sector, which is expected to receive £2.3 billion in 2021-22.

He said the funding would enable services to continue their important work, adding: "Deliberate fire setting is a terrible crime that puts our brave firefighters and the public in unnecessary danger."