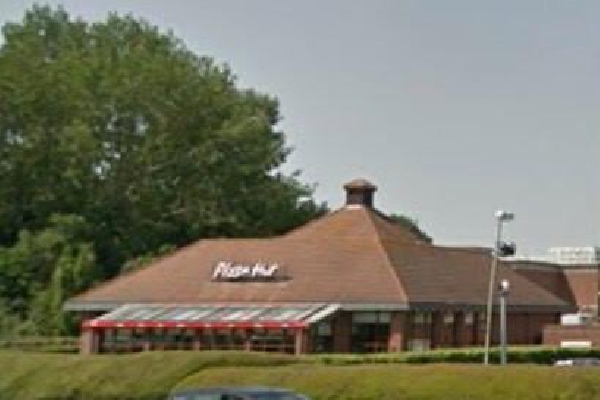 A Canadian fast-food chain has revealed plans to open a new restaurant in Chichester.

Made famous for its fresh coffee and baked goods, Tim Hortons would replace the former Pizza Hut restaurant at Chichester Retail Park, in Portfield Way, which closed in December.

According to the planning documents, the new restaurant would operate in 'much the same way' as Pizza Hut has on the site 'for around 20 years'. offering restaurant facilities with a take-away option.

The applicant TH UK & Ireland Ltd has proposed to create a drive-thru lane and make alterations to the car park layout and servicing arrangements. It has also requested permission to install replacement advertisements, upgrade the facades of the building to provide a service window and 'improve the external appearance of the premises'.

The planning statement read: "Tim Hortons provides a similar food and beverage offer in planning terms and will operate in a similar way to Pizza Hut.

"As such, there will be no material change to the use of the premises. This application is simply to help facilitate the occupation of this now vacant premises and to allow the applicant to provide the takeaway part of their offer in a more customer friendly, convenient and safe way."

Described as a 'relatively new entrant to the UK market', Tim Hortons opened its first store in the UK in 2017 and now has 27 units, across all four countries of the UK.

Its current focus is to 'expand its drive-thru model' across the UK, including in Chichester.

The plans stated that Tim Hortons can best be described as a restaurant chain with a coffee and bakehouse offer. The brand was founded in 1964 in Hamilton, Ontario and has since grown into Canada’s 'most loved brand' with more than 4,500 stores from coast to coast.

A spokesperson added: "This planning application seeks to improve consumer choice on the site by providing a drive-thru facility for those customers seeking to purchase food and / or drink to take away.

"The introduction of the drive-thru lane will provide customers with a choice of either ‘eating in’ or allowing them the convenience of using the drive-thru facility, an option that is popular with customers and is now provided by a wide range of food and beverage operators, including both McDonalds and Costa on the adjoining sites.

"The proposal will result in the re-use of a recently vacated unit, improvements to the external appearance of the unit and will provide the more modern facilities now expected by the public.

"It will also bring about much needed investment during the construction phase and upon occupation of the unit by Tim Hortons, local employment opportunities will be created."