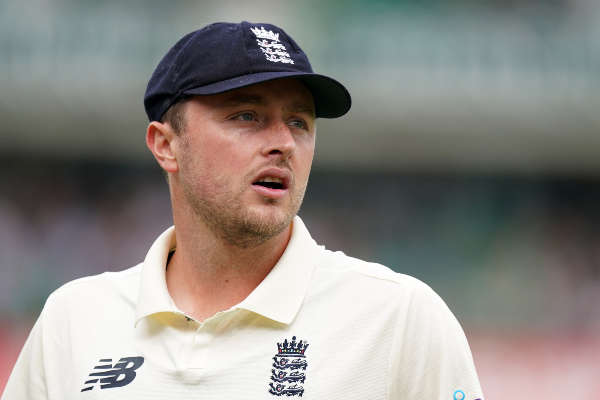 England seamer Ollie Robinson made an impressive return to action with three wickets on the second day of Sussex’s LV= County Championship match against Middlesex at Hove.

The 28-year-old is playing his first match of the season having suffered from back problems during England’s tour to the West Indies before a tooth infection delayed his return to domestic action.

However, he wasted little time in making his presence felt by bowling Sam Robson with his fifth ball before striking again in the first over of both his second and third spells.

Robinson sent down two five-over spells and had another three-over burst after tea to finish with three for 37 from 13 overs as Middlesex replied to Sussex’s 392 with 284 for six before bad light ended play seven overs early.

He made an inauspicious start – his first delivery was a no ball – but after bowling an away-swinger at Robson he moved one back off the seam to knock out off stump as the former England opener, who made 235 when the teams last met in September, offered no shot.

Robinson returned after lunch to remove Middlesex captain Peter Handscomb, who left a ball which tailed in to hit leg stump, before ending a fifth-wicket stand of 130 in 36 overs between Max Holden and John Simpson when an inswinger took out Simpson’s middle stump after he had made 71, his fourth fifty of the season.

It was an impressive effort by Robinson who was well backed up by the rest of the Sussex attack.

George Garton is also making his first appearance of the season after suffering from long Covid and he picked up a wicket when Mark Stoneman chased a ball he could have ignored and was caught behind.

Left-armer Sean Hunt removed Robbie White with his sixth delivery and Handscomb’s dismissal in the next over left Middlesex in trouble 45 for four.

But Simpson and Holden prospered during the afternoon, although the Middlesex wicketkeeper was dropped at extra cover on 31 by Cheteshwar Pujara off leg-spinner Mason Crane’s first ball.

It took a fine delivery from Robinson to separate the two left-handers, but Holden reached his second half-century of the summer which included an upper-cut six off Garton that smashed a window in one of the flats overlooking the ground.

Holden (58) lost his off stump sweeping Crane from outside off stump but Martin Andersson made the most of a reprieve when Hunt dropped him on the mid-wicket boundary on 19. With Luke Hollman he added an unbroken 71 for the seventh wicket, the aggressive Hollman going to his fifty just before the close.

Earlier, Sussex’s last four wickets had fallen in 31 balls for the addition of 29 runs as their first innings ended on 392, which would have been a disappointment after they had been 246 for two on the first day.

Garton reached a 75-ball fifty before he thick-edged to second slip, the first of two wickets for Andersson whose slower ball foxed Robinson, who drove to long on.

Shaheen Shah Afridi also picked up two wickets to finish with three for 97. A searing yorker took out Aaron Beard’s middle and leg stumps while Crane top-edged a hook and was caught at deep mid-wicket to end the innings.