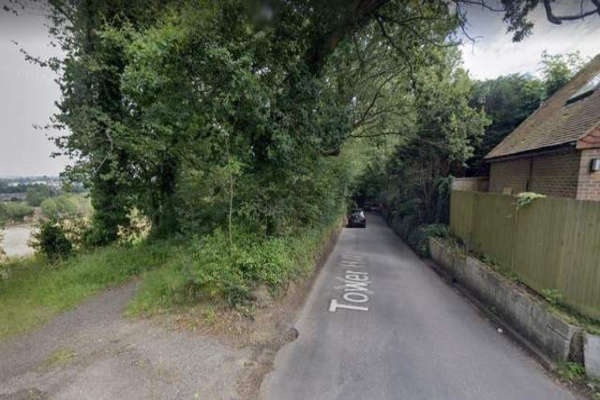 A school bus service in Horsham has been cancelled.

Worried families living at Christ’s Hospital have been told that their children are no longer eligible for free school transport.

It now means they will have to walk or pay for their own transport to Horsham’s Tanbridge House School following a ‘route assessment’.

The route which goes along Tower Hill and Two Mile Ash Road  has been deemed by assessors as ‘accessible, accompanied as necessary by a parent or responsible adult.’

However, parents are saying the route is dangerous, as it has no footpath, no street lighting and blind bends.

They say the children would have to walk through woods, over a field and cross a railway line before joining a housing estate before getting to a 'normal walk' the rest of the way to school.

Worried mum Claire Wilders said: “The route along Tower Hill has no footpath and the children are expected to ‘hop on the the verge’ if they see cars coming.

“This is affecting all of the children that go to Tanbridge from Christ’s Hospital so it means the road will be full of children and also not great for motorists.

A West Sussex County Council spokesperson said: “Following an assessment of the route, students are no longer eligible for free school transport, as the journey is under three miles.

“Parents of the secondary school students have been notified individually, given one term’s notice and told the pupils can have a half-price concessionary fare on the bus for the next academic year.

“In common with many school journeys in rural areas, there is no street lighting and this forms part of the council’s assessment of the route to school. “Pupils and any accompanying adults might walk on sections of Public Rights of Way, on the carriageway, alongside which there are verges or suitable places to stand where the road is narrow and if a car is passing, crossing the road to ensure visibility around bends.

"In this instance, there is also a pedestrian bridge over the railway on the route, to the south-west of Horsham.”

He said parents wanting to challenge the decision could email school.transport@westsussex.gov.uk