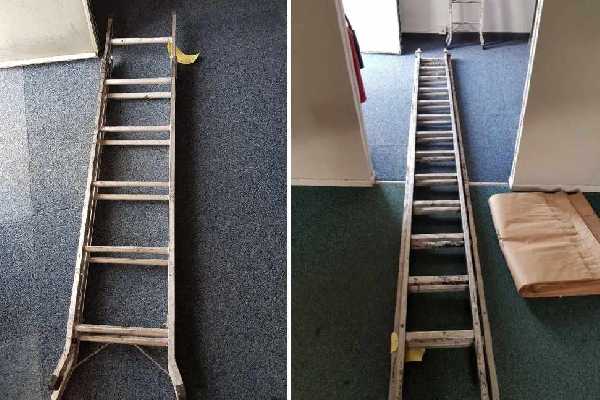 Police have released photos of two ladders used by thieves who broke into Arundel Castle and stole gold and silver items worth in excess of £1million.

At 10.30pm on Friday 21 May Castle staff were alerted to the break in when a burglar alarm had sounded. Police were on the scene within minutes.

Various items have been stolen of great historical significance, taken by force from a display cabinet along the public route. They include the Gold Rosary Beads carried by Mary Queen of Scots at her execution in 1587, several coronation cups given by the Sovereign to the Earl Marshal of the day, and other gold and silver treasures. The rosary is of little intrinsic value as metal, but as piece of the Howard family history and the nation’s heritage it is irreplaceable.

The two metal ladders (left and right in main photo), one 6' long and one 12'  but both capable of being extended to twice their lengths, were found at the Castle and had been used by the thieves to gain access to the dining room area where a window was forced to gain entry. 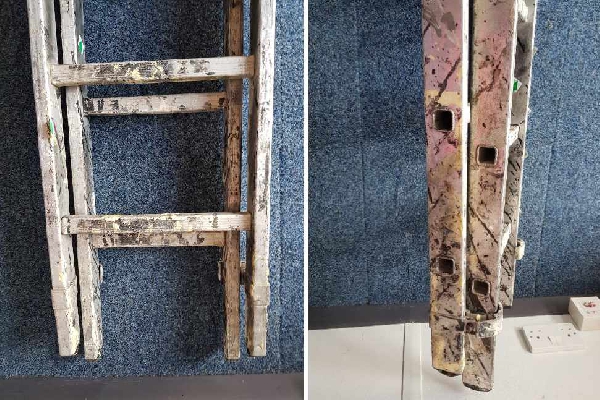 See the above two photos of detail in the long ladder.

Detective Inspector Alan Pack of Sussex Police said; "The ladders have clearly been well used over some years. The long ladder has distinctive black and yellow paint splashings and each has some worn labelling.

"We hope that someone in the decorating or building trade, or maybe someone who just had them at home, will realise that they are now missing them, and will contact us. 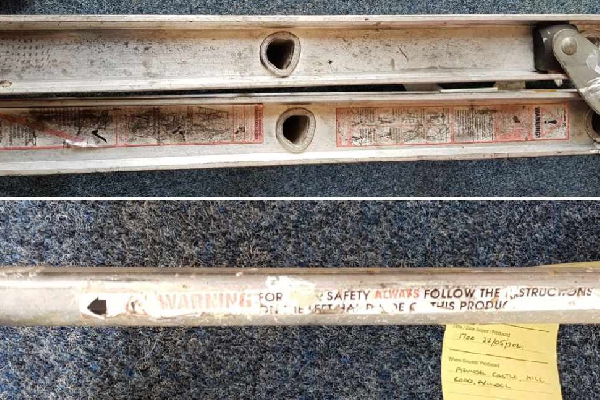 See the above two photos of detail in the short ladder.

"If you recognise them, please contact us either online or by calling 101, quoting Operation Deuce.

"In addition, if you were in Arundel and saw any suspicious activity around the area of the Castle, either that evening or in the previous few days, as the castle only re-opened to visitors on Tuesday 18 May, please let us know.

"You can also contact the independent charity Crimestoppers anonymously on 0800 555 111."