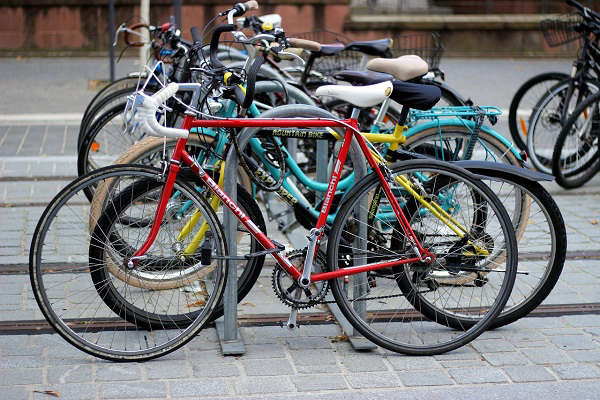 Police have stepped up patrols in response to an increase in bike thefts in Worthing with 32 recorded between May 1st and June 16th.

The most commonly stolen bikes are Carrera mountain or hybrid bikes, and thieves are typically using bolt cutters to remove locks.

In response to this, dedicated patrols have been carried out in the hotspot areas where the majority of thefts have occurred.

Sergeant Isobel Wimbleton, of the Adur and Worthing Neighbourhood Policing Team, said: “Bike theft is particularly prevalent in Worthing at the moment. We understand the financial and emotional impact it can have on victims, and that’s why we’re stepping up patrols in a bid to prevent and detect further offences.

“We will be running a community bike marking event at Morrison’s on 16 July from 10am to 12pm in conjunction with Neighbourhood Watch, and would encourage cyclists to come and speak with us, and to get their bikes marked. This can act as a deterrent to thieves and also help to identify your bike in the event it is stolen and recovered.

“We will also be in attendance at the Sid Youth Summer Event on Friday 5 August from 12pm to 4pm at Sompting Recreational Ground, where we will also be bike marking.

“Our advice to cyclists is to securely lock your bike in a well-lit and busy area, and to remain vigilant and report any suspicious activity to us.”

On 20 June, officers patrolling in Worthing town centre responded to a report of a stolen bike, and thanks to their quick response and fast time actions, the bike was located and reunited with its owner, along with a second bike that was suspected to be stolen. Enquiries into this incident are ongoing.

In nearby Horsham on 6 June, police received a report of a theft of a pedal cycle in progress at Sainsbury’s in East Street. Officers responded and three bikes were recovered, one of which was reported stolen the previous month and has now been returned to its owner. A 24-year-old man from Crawley was arrested on suspicion of attempted theft and has been released under investigation, pending further enquiries.

Sgt Wimbleton added: “We have identified several suspects for some of the recent bike thefts in Worthing and once our enquiries are complete we will be conducting interviews and making arrests if necessary. Thanks to members of the public we have also identified a suspect from an appeal we put out recently, and our inquiries into this continue.”