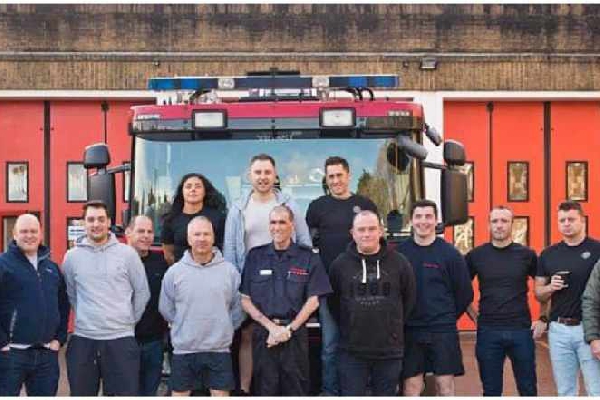 Firefighters at Haywards Heath Fire Station will mark the anniversary of their former Crew Commander’s death with a virtual fundraiser in his memory.

The crew are preparing to host a virtual 5k challenge on Saturday 1 May to raise money for The Fire Fighters Charity in memory of their former colleague Mark Butler who lost his battle with leukaemia in 2019.

Keeping his memory alive, the crew embarked upon a number of fundraising ventures to show their support for him, including going Bald4Butler and shaving their heads in a mark of solidarity. Last year saw them take on The South Downs Way as well as the three highest peaks in England, which saw them raise more than £2,500 for the charity.

Mark’s son Adam is among those taking part in the virtual event. He said: “This past year has been a very different and difficult one for all of us but we feel that we are now able to continue with fundraising for The Firefighters Charity in memory of Mark albeit in a different way.

“We have had so much support from across the fire service and our local communities too that we wanted to open up our next challenge for everyone to take part in.

“We want to remember Mark in a positive way and have some fun in the process and we invite as many of you as possible to join us wherever you are. You choose your location, route and you can complete the challenge by cycling, running, walking, scooting - and if you wish - in fancy dress too.

“You can complete the challenge alone or in a small group, whilst keeping in line with the appropriate government guidelines.”

You can support the fundraising efforts by clicking here.

The team are encouraging people to take photos of you and your team and tag them on Facebook, Instagram or Twitter using the hashtags #bald4butler5k and #firefamilychallenge.