Reminder of dangers of wheat bags after fire 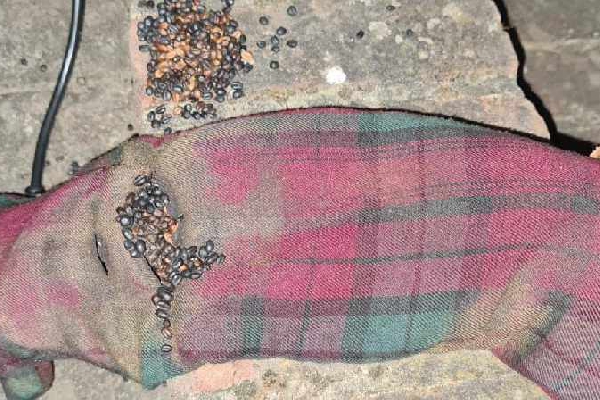 Firefighters are reminding residents to take extra care with microwavable wheat bags after an elderly resident suffered a fire in her kitchen over the weekend.

Wheat bags are microwavable bags of buckwheat, used to relieve pain and muscular discomforts. But as with any item involving heat, there is a fire risk if they are overheated or if the manufacturer’s instructions aren’t followed correctly.

Late on Saturday evening, firefighters from West Sussex Fire & Rescue Service were mobilised to reports of a fire in a kitchen in Denman’s Lane, Lindfield. Upon arrival at the scene, the crew from Haywards Heath Fire Station found the fire-damaged wheat bag inside the resident’s microwave.

The lady had tried to remove it from the property, after seeing it had caught fire, but the smoke generated by the burning wheat bag had almost overcome her. Firefighters moved the wheat bag outside and then ventilated the property.

Damage to the kitchen was minimal, and fortunately the lady was not injured as a result of the fire, although she was suffering from the effects of smoke inhalation. The firefighters, who were trained Immediate Emergency Care Responders, administered first aid to relieve her symptoms.

Retained Watch Commander, Phil Pierpoint, said: “Fortunately this resident had spotted when the wheat bag had caught fire. But rather than dial 999 immediately she had tried to tackle the fire herself, as she said she did not wish to be a burden.

"If there is an emergency and we are needed, it is never a burden.

“We know wheat bags can bring relief to those suffering from pain, and when used correctly they can be effective. But it is so important to follow the manufacturer’s instructions when heating the bags to ensure they do not overheat and catch fire.”