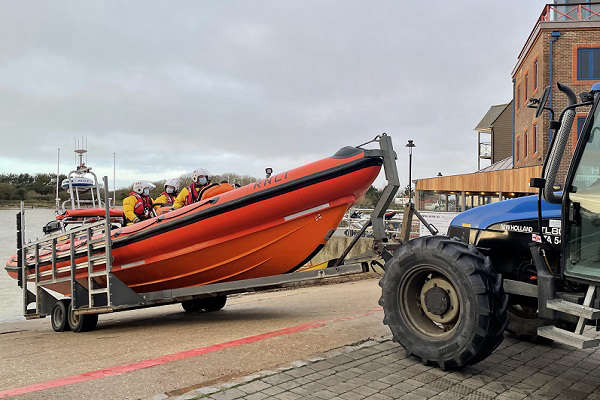 The RNLI charity draws on the energy and skills of volunteers through fundraising, launching and crewing the lifeboats, but some of the station’s local complement are also regularly on or around the water involved in professional and leisure activities associated with the river.

Littlehampton has a long connection with the RNLI going back to the 19th Century culminating in a permanent lifeboat station being established in 1967 housing the famous Blue Peter 1 lifeboat, paid for by charitable donations through the BBC Blue Peter Appeal. Littlehampton’s lifeboat station is at the heart of a river community with volunteers being drawn from the yacht and sailing clubs on the west bank, fishing charterers and the Harbour Board.

Mark Nicholls, who works for Littlehampton Harbour Board and as a sailing and powerboat instructor at a sailing club on the river, has recently joined the RNLI crew as a trainee. Musing on his experiences so far he said:

'I grew up in Littlehampton and first became involved with the river Arun through dinghy sailing some eight years ago. Littlehampton is a fabulous port and I am delighted to now be an integral part of the working harbour. Joining the RNLI is a natural progression for me - it's a great team at the boathouse and the RNLI commitment to saving lives at sea is a cause I'm proud to be a part of.'

The present station at Fisherman’s Quay was opened in 2002 providing enhanced direct access, via the slipway on the east bank, in to the river Arun. Two vessels are presently on station – Renee Sherman (a B-Class) and Ray of Hope (a D-Class). Both these inshore lifeboats are able to reach a casualty’s location at speeds of up to 35 knots (40mph) and 25 knots (29mph) respectively. Sea state, tide, wind strength and the nature of a given emergency determine which lifeboat is launched on a shout. In some circumstances both are launched, perhaps when a search is requested for a person in the water.

Nick White, Lifeboat Operations Manager for Littlehampton, reflected on the station’s appeal to those who come forward to volunteer:

'The river ebbs and flows, but it’s always running 24/7 – just like our station. Our crew, and that includes everyone associated with the RNLI here in Littlehampton, may not only choose to spend leisure time on or near the water, but several also work directly on the river. All respect the water understanding the pleasures, but also the perils. It is a privilege to serve the local community promoting water safety measures and bringing together volunteers from the Arun catchment to work as a team saving lives at sea.' 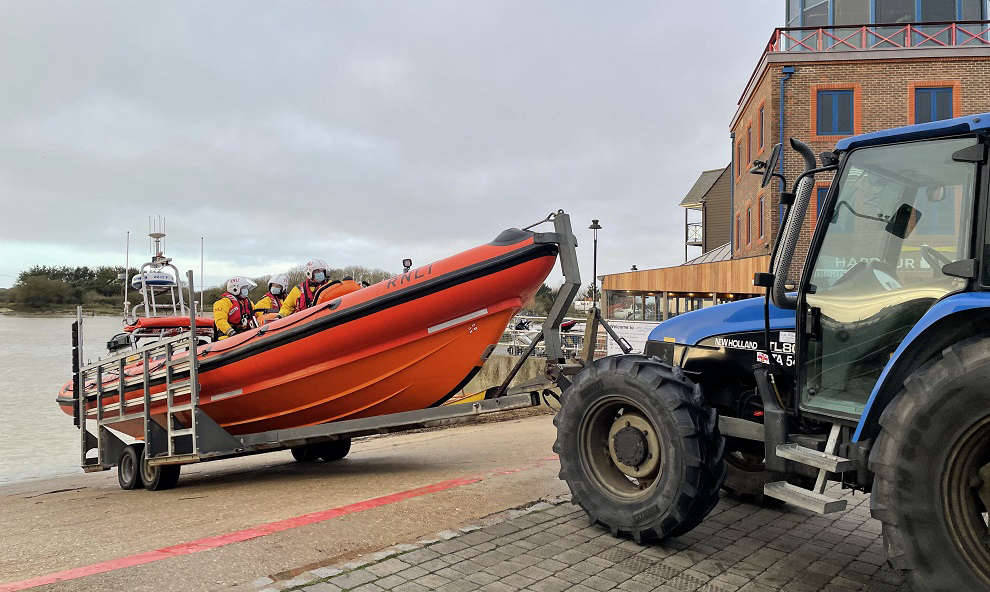 Above Image: Training continues throughout the year for the RNLI at Littlehampton lifeboat station with experienced crews passing on their knowledge of the river Arun and Sussex coast to the latest volunteers. Launching the B-Class lifeboat Renee Sherman in to the river for a training exercise 2 January 2022.

The RNLI charity saves lives at sea. Its volunteers provide a 24-hour search and rescue service around the United Kingdom and Republic of Ireland coasts. The RNLI operates 238 lifeboat stations in the UK and Ireland and more than 240 lifeguard units on beaches around the UK and Channel Islands. The RNLI is independent of Coastguard and government and depends on voluntary donations and legacies to maintain its rescue service. Since the RNLI was founded in 1824, its lifeboat crews and lifeguards have saved over 142,700 lives.