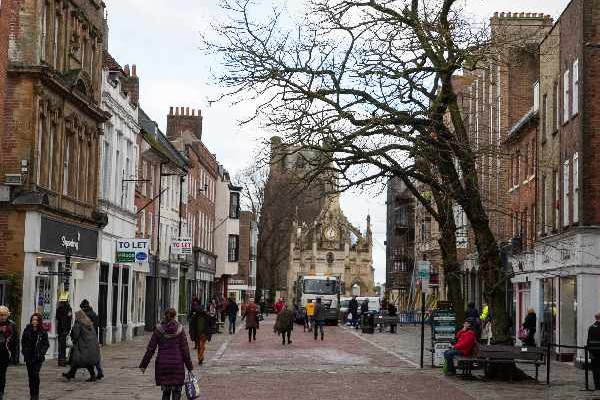 A sexual violence survivor is to speak at a May 20th vigil in Chichester City centre to honour the six women raped or sexually abused in Sussex every day.

James Whitmore, the High Sheriff, will address the vigil at the Cross in Chichester City Centre at 12pm Friday 20 May. It’s been organised by Lifecentre – a local charity supporting those who have had an unwanted sexual experience as part of their ‘#WeCanTalk’ campaign.

Its aim is to encourage survivors to talk about their experiences and seek help. But also encouraging us all to be willing to listen.

He will be joined by the Mayor of Chichester, Councillor John Hughes, the Dean of Chichester, Stephen John Waine, Lifecentre staff, supporters, and members of the public - who are invited to come along.

The vigil is to honour the *Six women are raped or sexually abused, in Sussex, every day.

Sexual violence affects the whole of society - research shows that many never talk about their experience because they fear not being believed or feel ashamed and stay silent, even though what happened to them was not their fault.

After the High Sheriff and the Kathryn Slatter, the CEO of Lifecentre have said a few words, the crowd will walk to Priory Park.

There will be a six-minute silence after this.

.Kathryn Slatter, CEO of Lifecentre said: “The six-minute silence symbolizes the six women who are raped and sexually abused every day across Sussex.

“We realise that it may seem a long time but imagine silently carrying around the trauma of rape or sexual abuse for a six-days, months, years, or in some cases a lifetime.

Lifecentre provides support and therapy to anyone, of any gender, who has had an unwanted sexual experience, whether in childhood or adult life.