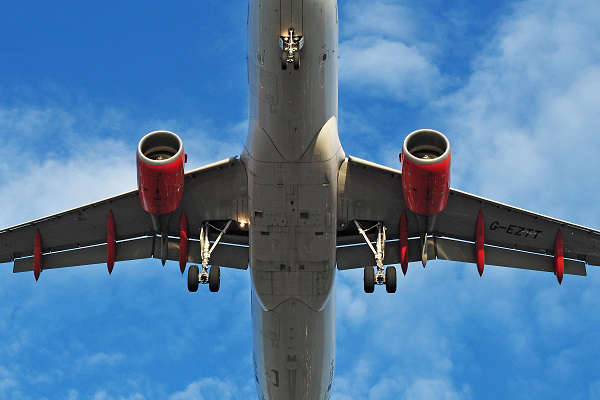 A public inquiry into abuse allegations at a detention centre has heard how a BBC expose revealed “shocking” treatment which has “no place in a decent and humane” immigration system.

The review into what happened at Brook House between April and August 2017 is looking at the culture and attitudes among staff at the time amid reports of detainees being mistreated.

In September that year, BBC’s Panorama programme broadcast undercover footage showing alleged assaults, humiliation and verbal abuse of detainees by officers at the then G4S-run site.

Ten members of staff were dismissed or resigned in the wake of the broadcast.

No prosecutions were brought after a police investigation, but two former detainees successfully argued a full independent investigation was needed.

G4S has since stopped running Brook House as well as Tinsley House, which are both next to Gatwick Airport in West Sussex. Outsourcing giant Serco took over in May last year.

In an opening statement for the first phase of hearings which began on Tuesday, counsel to the inquiry Brian Altman QC said: “The treatment revealed in the Panorama documentary was shocking and has no place in a decent and humane immigration detention system”, adding: “Evidence received by the inquiry has exposed a number of issues at Brook House during the relevant time.”

Summarising evidence from whistleblower Callum Tulley, a former Brook House officer and now a BBC journalist who carried out secret filming for Panorama at the site, Mr Altman said he described a “culture of abuse” and believed there were “cultural and systemic failings that gave rise to this behaviour, which allowed it to go unchallenged and dissuaded members of staff from raising concerns about it”, adding that “detainees suffered as a consequence.”

Highlighting one of the incidents he recalled, Mr Altman said: “Witnessing a suicidal man being choked by a member of staff was, says Tulley, extremely upsetting. It was, he said, an abuse of power which endangered the life of a detained man.”

Some people previously detained at Brook House also raised concerns of a “culture of disbelief” in healthcare with doctors and nurses being “dismissive” and “exhibiting a lack of care or empathy and a potential to believe that a patient was exaggerating their symptoms, conditions or past history for the purposes of furthering their immigration case,” Mr Altman added.

The probe will examine evidence on restraint techniques, look at how staff responded to bullying and scrutinise the G4S contract for the site as well as how the Home Office oversaw the operation.

The private security firm was paid fixed fees of around £1 million per month during the timeframe in question which were subject to “performance-related deductions”, the inquiry heard.

Between April and August 2017, the company incurred 19,245 penalty points under the terms of the contract, amounting to a financial deduction of £32,153.84, Mr Altman said.

But during this time neither verbal abuse of a detained person nor inappropriate use of force constituted performance failures. Officials identified 84 incidents after reviewing the undercover footage and G4S was charged £2,768 by the Home Office over eight of these.

The company recorded some 40 complaints during the time period, some of which were about unfair treatment, homophobic comments and alleged assault.

The inquiry also heard there was a “spice outbreak” and “prolific” use of it on the site at the time and “a significant number of incidents” involving drugs.

Mr Altman said “short staffing appears to have been an almost daily occurrence” and the detention custody officers on the wings were “stretched and they were overworked, resulting in them being unapproachable and exhausted.”

Addressing the inquiry chairman Kate Eves, he said: “You may wish to consider whether this may sometimes have led to some staff taking their frustrations out on the detained men.”

The inquiry resumes on Wednesday, with the first phase of hearings taking place until early December. A second will open in early 2022 and is expected to conclude by the spring, after which the inquiry’s findings will be published.