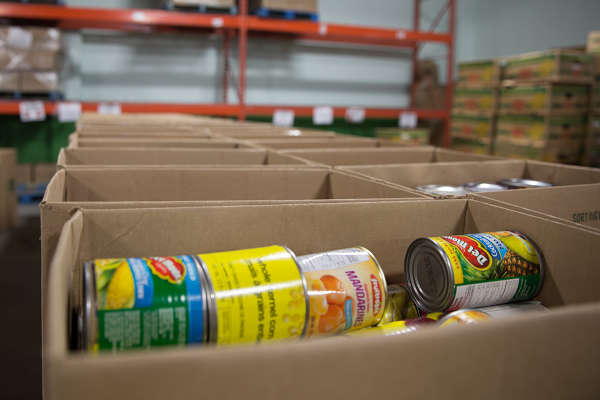 Organisations providing food parcels to Adur and Worthing residents have called for urgent funding and warned people ‘could die’ without further support.

The Adur & Worthing Community Food Network issued an urgent statement this week which highlights increasing demand for food parcels and calls for a long-term solution including a ‘right to food’.

The network formed in March 2020 – at the beginning of the pandemic – and includes a number of organisations and volunteers who distribute food.

In a statement issued this week, the network said it was having to ‘turn people away’ and worries that people are ‘going to die’ if they can’t get help.

“Need for support has continued to rise exponentially while food and financial support has decreased,” said the statement.

“We are finding that people who are accessing their full level of benefits (especially Universal Credit) are unable to meet their basic living costs, and are being forced to turn to community food support.

“We are seriously concerned that people are not just going to get ill, but are going to die, and are especially worried about the older neighbours in our community.”

This week, Keith Sunderland asked Worthing Borough Council to give the group £100,000 of reserve funding to address the pressures. “We’re not able to meet the rising demand as it currently stands,” he said.

“Food donations and funding for food continues to go down.”

Mr Sunderland said one group was feeding 520 people a week but faced closure by ‘mid-August’ due to a lack of food and funds. “If we fail to support our neighbours with food, fuel, and housing, this will cost the council significantly more money in the future and have ramifications for many years to come,” he said, “The need is now.”

Deputy council leader Carl Walker (Lab, Selden) did not agree to the funding but promised to convene an emergency meeting with community groups.

“I’d like to start by thanking the organisations who have given huge amounts of their own personal time, resource, and energy in order to support residents who are most in need,” he said.

“I know the mantra of the Food Network because, before I became a member of the cabinet, I used to help run a local food bank: it is food, space, money.

“Our commitment in our manifesto was £100,000 in discretionary support but we’ve decided to set up a specific cost of living emergency budget stream in order to use that money to the best effect.

“In the next few days we’re going to convene an emergency panel of relevant stakeholders and that will include members of the Food Network, because we want talk to them about how we get that money as quickly as possible to those who are most in need.”

If you need help with food, you can visit: https://www.adur worthing.gov.uk/community-wellbeing/foodbanks/