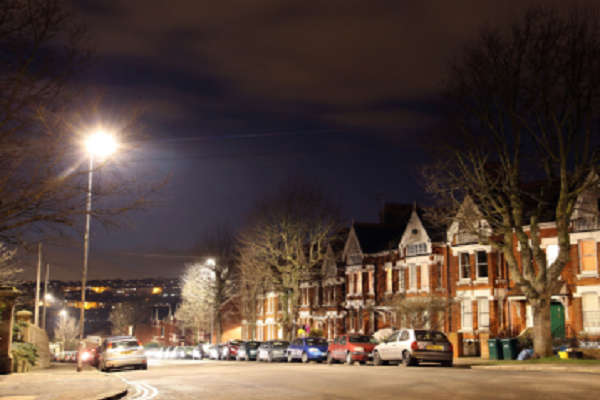 A project to upgrade Brighton & Hove’s streetlighting has seen a big reduction in the amount of energy being used to light the city.

Since 2017, our Invest to Save programme has been upgrading 18,000 lanterns across Brighton, Hove and Portslade, fitting them with new LED lights.

During the same period, the amount of carbon emitted fell from 4,313 tonnes of CO2 to 1,411. A reduction of over 67%. More information on the carbon savings can be found in the table below.

In addition to the energy and carbon savings, the completed scheme will also reduce the city’s energy bills by several hundred thousand pounds per year.

The new lights emit a white light which allows objects and people to be identified more easily but require less maintenance and reduce the city’s energy consumption.

Councillor Steve Davis, Co-Chair of the Environment, Transport and Sustainability committee said: “This really is great news and shows how investment in the city’s infrastructure can have a real impact on reducing our carbon emissions and energy usage. The figures show that since the programme began, we’ve saved close to 10,000 tonnes of carbon emissions.

“The energy needed to light the city really adds up and by upgrading 18,000 lanterns we’ve reduced our carbon footprint, cut our energy usage and made long term financial savings.

“To see our streetlighting emissions reduced by over two thirds is a really positive move towards our goal of being a carbon neutral city by 2030.”