Sussex musician Richard Durrant on his Music for Midsummer odyssey by bike from Orkney to Sussex! 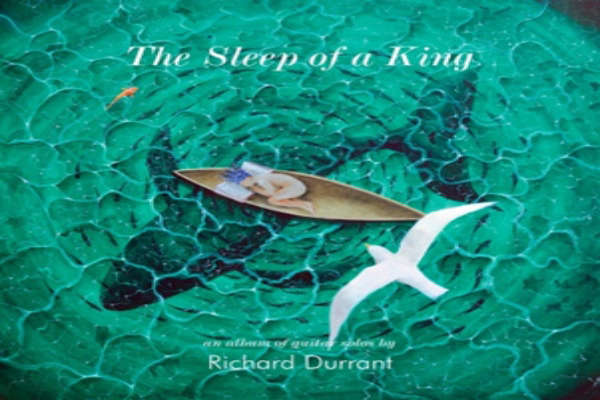 This is the second time that Richard Durrant will take on the marathon trip cycling the length of Britain from Orkney to Sussex, performing 15 concerts en-route

The first performance will be in St Magnus Cathedral – Kirkwall (2 June) which is the release date for his new album The Sleep of a King. It is however, his fourth cycling adventure which will see him cycle over 800 miles!

Richard Durrant plays JS Bach on ukulele, makes concept albums which cross-fertilise folk and prog-rock with classical guitar, and is a delightful live storyteller. He is looking forward to releasing his new album and entertaining crowds on his annual Music for Midsummer tour, this summer. A classical guitar virtuoso, he never lets technical fireworks get in the way of the emotional impact of his music. The album and tour feature entirely new compositions.

Durrant will be completing this entire tour on a specially built bicycle, with a trailer for his instruments carrying his instruments and concert gear on an Aurelius, audax-style bicycle with trailer and panniers.

Durrant says: “Cycling and playing solo is more practical than the larger musical projects I’ve been involved in, I simply get on my bike and head for the next venue; there’s no pollution, no complexities, just pedals. The bike also looks beautiful on stage where it becomes an unexpected and intriguing work of art, equally at home in a theatre or cathedral!”

Durrant says, “Thirty eight years after my London debut and performances at the Royal Albert Hall, I feel blessed to be undertaking this tour. Apart from the music by Bach which opens and closes each concert, these concerts are about my own solo guitar music.

“The audience are the focus of my concerts. I want people to feel welcome and appreciated; it’s for them that I play music and tell stories of troubadours, council bin-men and Persian princes. I stand throughout to make communication with the audience more direct and to take the guitar as far away from the classical realm as possible.”

Durrant’s Music for Midsummer odyssey starts in Orkney’s St Magnus Cathedral, and takes in (to name but a few) Greyfriars Kirk in Edinburgh, the National Centre for Early Music in York, The Stables in Milton Keynes, YAT Guildford and a midsummer’s day concert at The Brighton Open Air Theatre.

Durrant’s bicycle stands next to him at each concert, its lights illuminating his performance and he is motivated by the effect of constant touring on the environment (an average of 35,000 miles playing concerts in the years leading up to his first cycling music tour in 2014).

Durrant adds, “We need to keep climate change at the forefront of everything that we consider. These concerts should remind people what can be done on a bike - if you get up early enough you can travel 100 miles in a day - and I’m no athlete, I just push the pedals around. This tour gives me a vehicle, if you’ll pardon the pun, to remind people that they don't have to drive everywhere. We can all rethink our lifestyles, protect the environment, save money and stay healthier.”

Richard will finish his tour with two gigs in Sussex