‘That was one crazy, tiring and rewarding week!’ 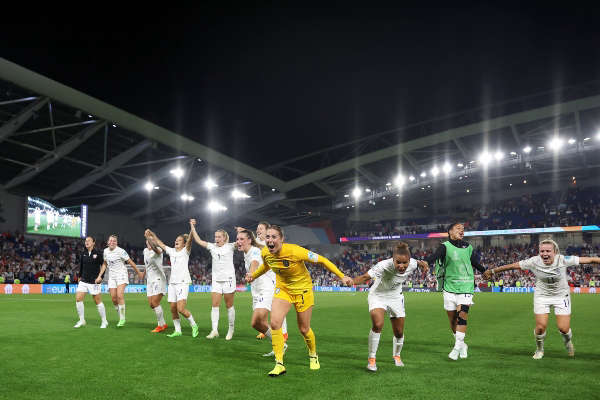 The volunteers have been invited to the Mayor’s Parlour at Brighton Town Hall as a thank you for giving up their time to help make the tournament in Brighton & Hove such a success.

The city hosted three EURO 2022 matches at Brighton & Hove Community Stadium during the record-breaking tournament, including the Lionessess fantastic 8-0 victory against Norway and the memorable quarter final clash with Spain.

From providing a warm welcome and helping football fans find their way around the city, to supervising activities at the popular Fan Party, the volunteers were a vital part of the success of the tournament in Brighton & Hove.

Brighton & Hove Mayor Councillor Lizzie Deane said: “Being a host city for UEFA Women’s EURO 2022 was a real honour for the city, creating wonderful and lasting memories for everyone involved.

“I’m really looking forward to meeting the fabulous group of volunteers who gave up their free time to help make the tournament such a success and, once again, showed that Brighton & Hove as a great place to host major sporting events.”

Councillor Martin Osborne, co-chair of the Tourism, Equalities, Communities and Culture Committee added: “Thanks to all the volunteers that made it a huge success for the city and for the players for performing for us!”

The tournament ended with the Lionesses securing a 2-1 victory against Germany, with a record attendance at Wembley Stadium.