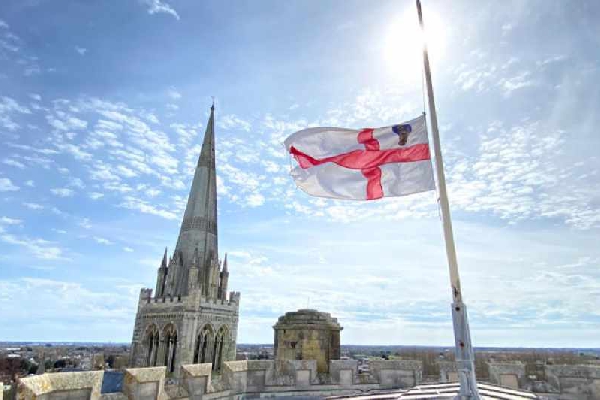 “It is with great sadness that we learned of the death of His Royal Highness The Duke of Edinburgh.

"His deep love for Her Majesty The Queen has contributed greatly to her long reign, as he supported her constantly in the many challenges which faced her. His sense of duty was beyond compare.

"Following his successful career as an Officer in the Royal Navy, he set about his royal duties with energy, flair and determination.  He never lost his sense of curiosity which drove both a thirst for knowledge and an interest in the people he met.

"His establishment of the Duke of Edinburgh’s award in 1956 encouraged young people to explore and reach their potential, and his Presidency of the World Wildlife Fund showed an interest in conservation before it became popular.

"It is as the Queen’s Consort that he will be most remembered. As her constant companion, support and confidant. His contribution to the flourishing of the monarchy was invaluable.

"In his death the nation has lost a most loyal servant. May he rest in peace.”

Those wishing to pay their respects to His Royal Highness Prince Philip are invited to submit a message to the Church of England’s online book of condolence.

Prayers for His Royal Highness The Duke of Edinburgh, will be said at upcoming services, including the Cathedral’s Sunday Eucharist (11th April, 9.30am) which will be live-streamed to the Cathedral website.