The player's return that may prove big for The Rocks 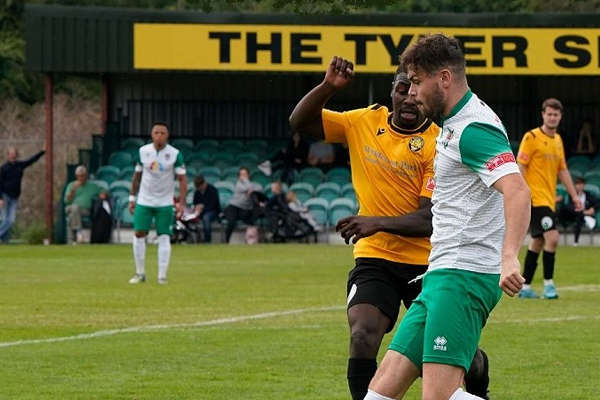 Returning skipper Harvey Whyte can give the Rocks a big boost going into a double-header weekend that could kick-start their season.

After starting the new Isthmian premier campaign with draws against Bishop’s Stortford and East Thurrock, they will go in search of their first win when they host Haringey at Nyewood Lane on Saturday. Then it’s the much-anticipated derby at Worthing on bank holiday Monday.

And coach Robbie Blake believes the return to fitness of evergreen Whyte can be crucial.

The Nye Camp favourite, who turned 30 this week, came off the bench to help Rocks to a a 2-2 draw at East Thurrock and coach Robbie Blake believes the inspirational midfielder will benefit massively from getting game time as he finds his fitness following a summer operation.

Bognor turned in a disjointed first-half performance and went in at the break 2-1 down having trailed by two goals before former Pompey youngster Charlie Bell bundled home from close range at the stroke of half-time.

“Hopefully he’ll feel fitter and stronger the more game time he gets and that can only be a positive for us going forward.”

Blake felt the first-half display at East Thurrock was the worst the team had turned in since he came to the club in 2018. “We were very disappointing in the first half but we showed some character to get back in the game and earn a draw,” he said.

Meanwhile, Bognor have not been given the kindest of FA Cup draws.

They will travel to face Hayes and Yeading in the first qualifying round on Saturday week, September 4 – the same fixture in which they lost 5-0 in last season’s second qualifying round, conceding all the goals in 26 second-half minutes.7