The Rocks hoping to "bounce back" as they take on Carshalton today. 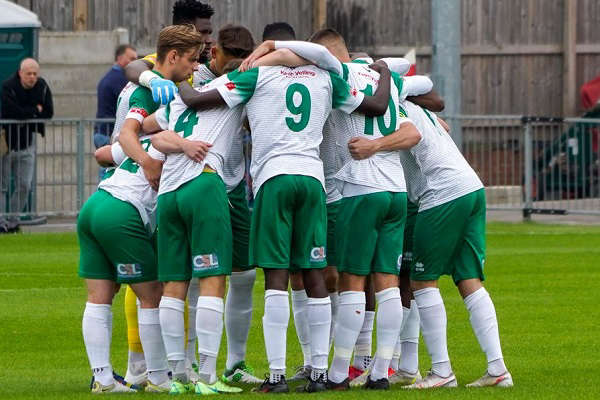 Jack Pearce and Robbie Blake want Bognor to bounce back when they host Carshalton Athletic in the Isthmian premier division.

Pearce says he will take the positives from Bognor's exit from the FA Cup after the 4-3 defeat at Hayes & Yeading United in this first qualifying round match.

Rocks boss Pearce saw his men score three goals away from home yet still lose the tie. And although he knows there is much room for improvement when it comes to defending, he is pleased with his side's attacking prowess.

Pearce and coach Blake now face the challenge of rallying the troops for Saturday's home game against the Robins after securing a memorable 2-0 win at rivals Worthing in the side's last league encounter.

Pearce said: "It's ever so difficult to concede four goals in a game and expect to win it and sadly for us that was the case. We defended poorly and ultimately that has cost us.

"That said, we have scored three goals away from home so we are not far off being where we want to be. Poor decision making when defending can be catastrophic and we must cut out these errors if we are to have a season that will repay our supporters for the tremendous backing that they continue to give us.

"We will go again against Carshalton and try to play our football but at the same time try to tighten things top at the back."

Meanwhile, Blake has asked his charges to continue to believe in themselves as they head into the home game against the Robins.

He said: "The belief we have is admirable but we must try to maintain it rather than have it in spells. We are a team who can look in total control and play our football, but a momentary lack of concentration and switching off can really hurt us. Maintaining that alertness at all times is key and I think we will get there in terms of consistency.

"Overall I think there is a lot of exciting things ahead for this group of players and we can start again against Carshalton. We are really looking forward to it, back in front of our supporters who always give us a lift. The '12th man' tag is often used but I honestly believe that with the fans behind us we have an advantage. We hope to hear the fans in fine voice since again this week."