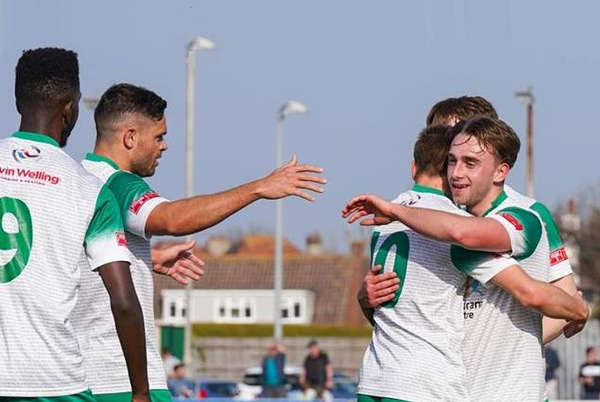 Rocks boss Robbie Blake says he is delighted that three more players are poised to put pen to paper ahead of the new Isthmian premier division campaign.

Utility man Ethan Robb, midfielder Charlie Bell and young central defender Danny Howick have all agreed in principle to sign for Bognor as Blake and assistant manager Jamie Howell gear up for next season.

Skipper Harvey Whyte, experienced defender Craig Robson and the industrious Calvin Davies, who can play in midfield or as a full-back, have already committed to the cause.

And Blake, who took over the reins from long-serving Jack Pearce towards the end of last season, says he expects to be able to name more recruits sooner rather than later. But the former Premier League hotshot has asked supporters to be patient as the club navigate their way through the hectic transfer period.

Blake said: "We're certainly getting there with negotiations and to get Ethan, Charlie and Danny on board is great news and we are delighted to have the lads with us again.

"We have been non-stop in our efforts to try to attract the targets we feel we need and we feel confident that before long we can bring fans more news of signings. You have to remember that we work within a budget and so have to try to be as astute as possible with potential acquisitions.

"Yes, we have missed out on a couple of players who we thought would fit in with what we are trying to do but that's football and believe me it won't deter us from working harder to get the right talent in. Pre-season training starts in a couple of weeks and by then we'll be ready to prepare properly for the new season with a great list of pre-season friendlies to help us with our preparations.

"I'm excited to get cracking and looking forward to getting in front of our fans at Nyewood Lane again and rekindle the incredible relationship we have with them. The fans at this cub are so supportive and it makes a big difference to the players and all the staff."

Meanwhile, the number of sponsors keen to be in with a chance of having their name on the front of Bognor's first team shirts next season has risen above the 100 mark.

And commercial manager Dave Robinson says there is still time for would-be backers to enter the annual draw and help provide funds for the club. The draw is at the club's Seasons events HQ at the ground on the evening of Thursday, June 9 -- with the big prize the chance to be the club's main sponsor. Other prizes up for grabs are match sponsorships, match day programme adverts and a shirt signed by the first team.