Victory Chimes is music to Beckett’s ears at Goodwood 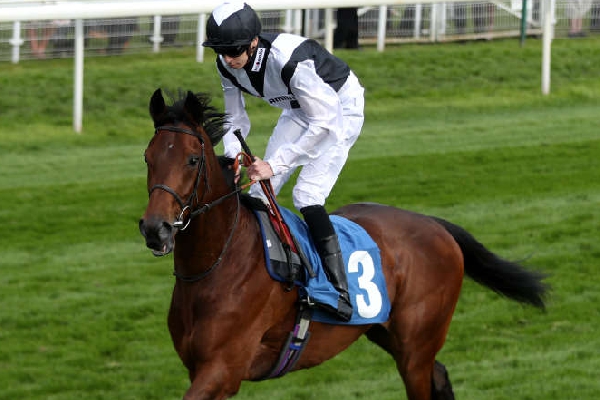 Victory Chime charged home to notch his second victory at Goodwood in the Best Of British Events Foundation Stakes.

Three and a half years on from breaking his duck on the Sussex Downs, Ralph Beckett much-improved gelding returned to bid for Listed honours and his 11th career success overall under Hector Crouch.

With King Vega ensuring the gallop was strong, 12-1 chance victory Chime came under pressure from an early stage, but the picture changed quickly inside the final two furlongs.

As the pacesetters began to falter, Beckett’s charge finished with a flourish and passed the post with three-quarters of a length in hand over 33-1 shot and fellow closer Tyson Fury.

West End Charmer and Perotto were not far behind in third and fourth respectively.

“He’s a great character who has been a terrific servant to his owner. He’s been a joy to train and I think he gives his owner a huge amount of pleasure.

On future plans, the trainer added: “I’m kind of running out of options as I’m not sure Newmarket is his track, which doesn’t really help.

“He has only run at Newmarket the once, so I shouldn’t put a line through it, but the form book says he’s better on turning tracks.

“He might go travelling. There’s a few options abroad on the run up to Christmas, so we’ll find something.”